As a continuation of the CCEA’s efforts to curb irresponsible development in Chevy Chase Canyon, we object to the proposed development at 2920 Greenwich Road. It is clear that this project is attempting to ignore the restrictions on hillside development in Glendale by proposing a structure on a 77% slope where 50% is the guideline and by requesting the movement of 1,000 cubic yards of earth beyond the allowed 1,500 cubic yards. In addition to violating Glendale’s intent to limit excessive structures on its hills, the 2920 Greenwich project is also at odds with even greater restrictions on mansionization of hillsides in the greater Los Angeles area as seen in the recent enactment of certain LA City regulations. An independent study by certified engineers that was commissioned by the CCEA shows that the variable floor area ratio formula recently enacted by the City of Los Angeles would only allow a house 2/3rds the size of the proposed project. Building this house on such a steep hill and requiring a very large amount of earth removal, enormous retaining walls will be necessary – a combination that will detrimentally affect the esthetics of a narrow street in a wooded hillside. This is obviously an example of hillside mansionization that is not only unwelcome, but barred by regulations in Glendale and increasingly restricted in surrounding communities and should not be permitted.

Even if this project is ultimately approved in a form that adheres to existing regulations, there will be a significant impact on the quality of life for the surrounding area in the years it will take to complete. The CCEA is prepared to demand strict control through daily on-site inspections and regulation of traffic disruption caused by over 200 dump truck trips, parking of construction personnel, noise abatement and dust mitigation.

Any construction project on this narrow hillside road would be problematic even if it responsibly adhered to existing regulations. We therefore find the scope and character of the 2920 Greenwich project, because of its flagrant violation of the intent of Glendale’s hillside ordinance and the negative impact it will have on the esthetics and quality of life in the surrounding community, to be totally unacceptable and object to its approval. — CCEA Board of Directors

Photos below of the proposed development site at 2920 Greenwich Road. 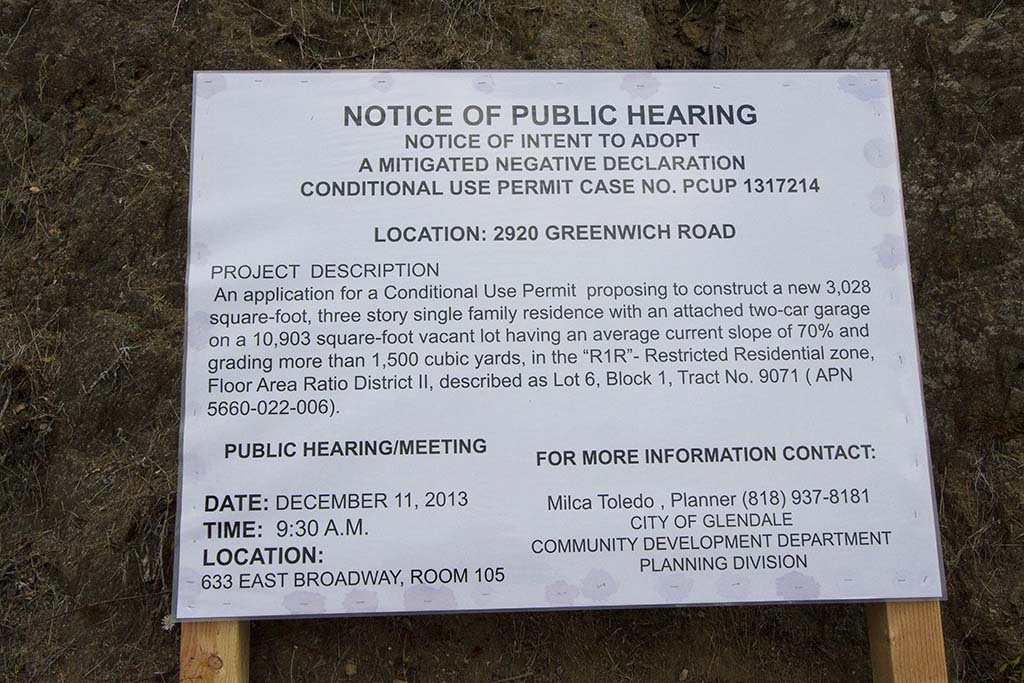 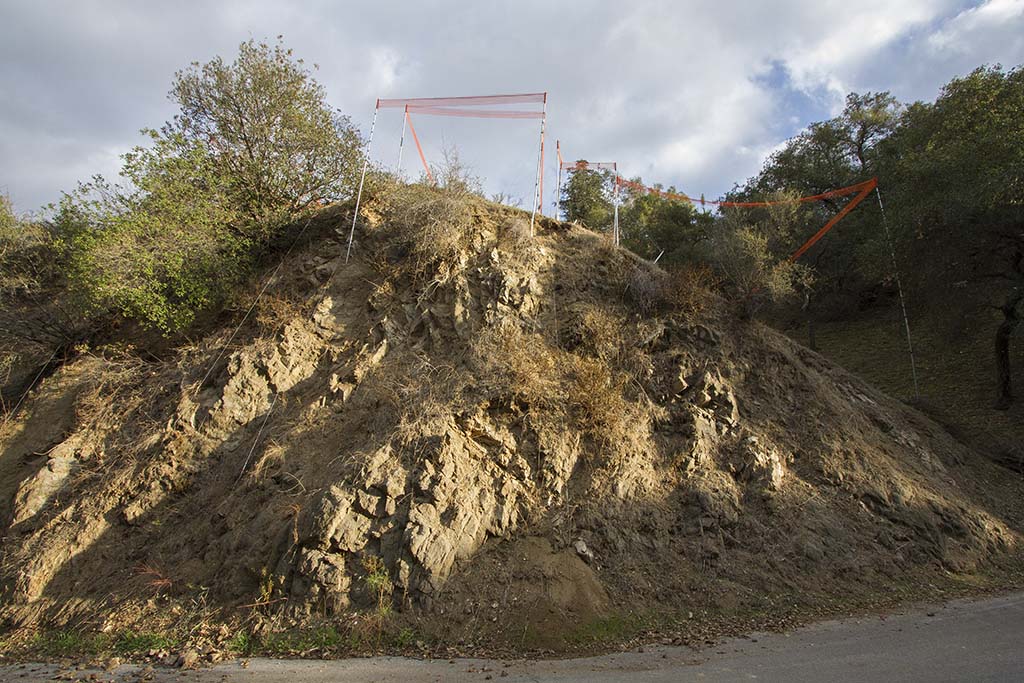