The exercise was deemed a huge success despite one major glitch.  Canyon residents’ response to the evacuation drill exceeded Fire Department expectations but behind the scenes the morning had its share of drama. 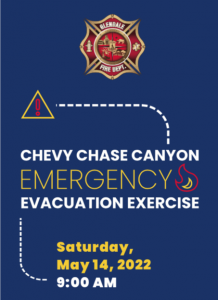 After getting the scheduled drill alert, on Saturday morning May 14 at 9 am canyon friends and neighbors hopped in their cars and took off for parking lot B at the Glendale Community College.  They were greeted by Glendale Fire and CERT teams with a gift bag as reward for their participation in the Chevy Chase evacuation training exercise.  150 people and 13 pets made their way to the rendezvous parking lot.  An estimated 150 additional people participated without making the drive.  Glendale Fire considered the turnout a huge success.  Photos below. 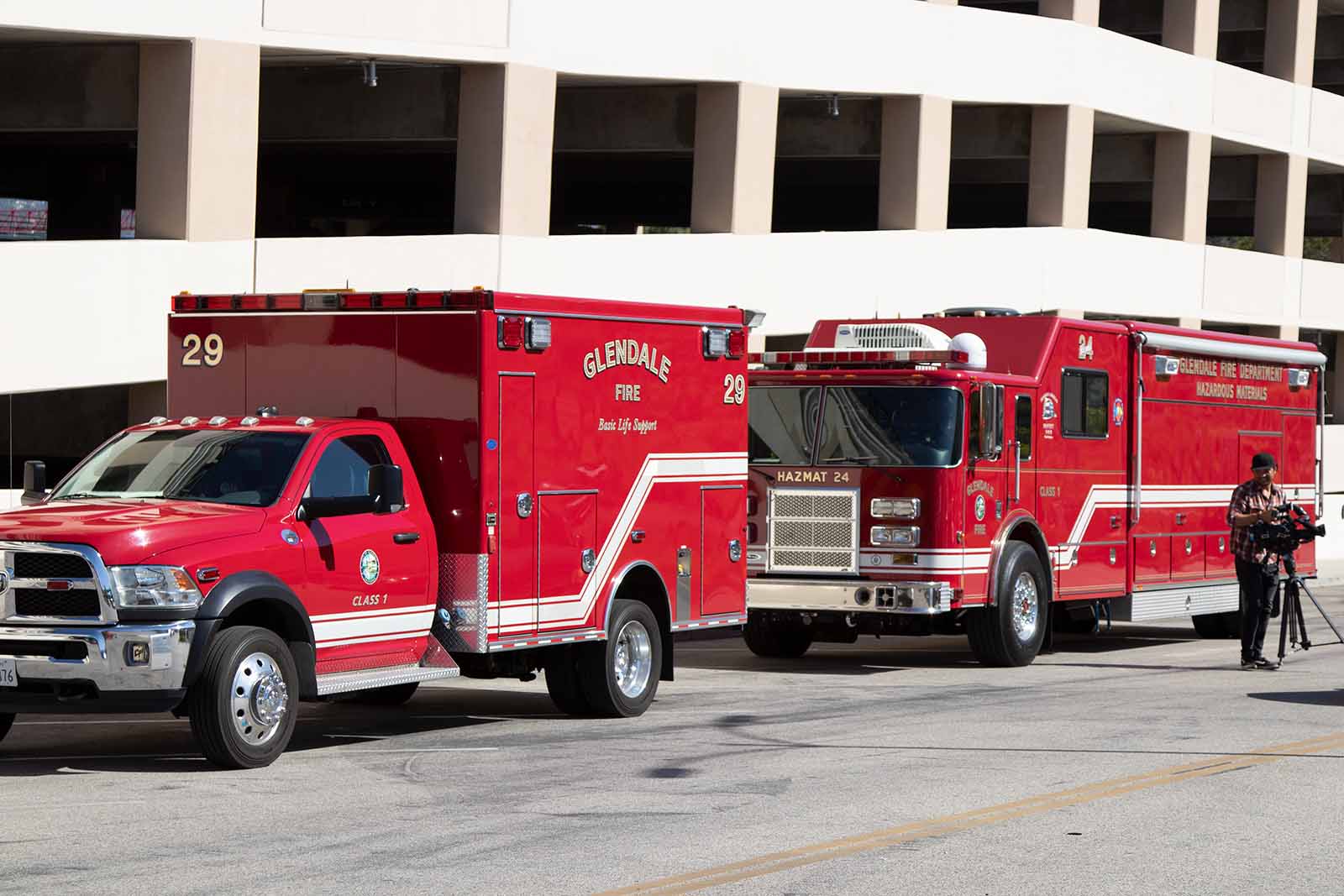 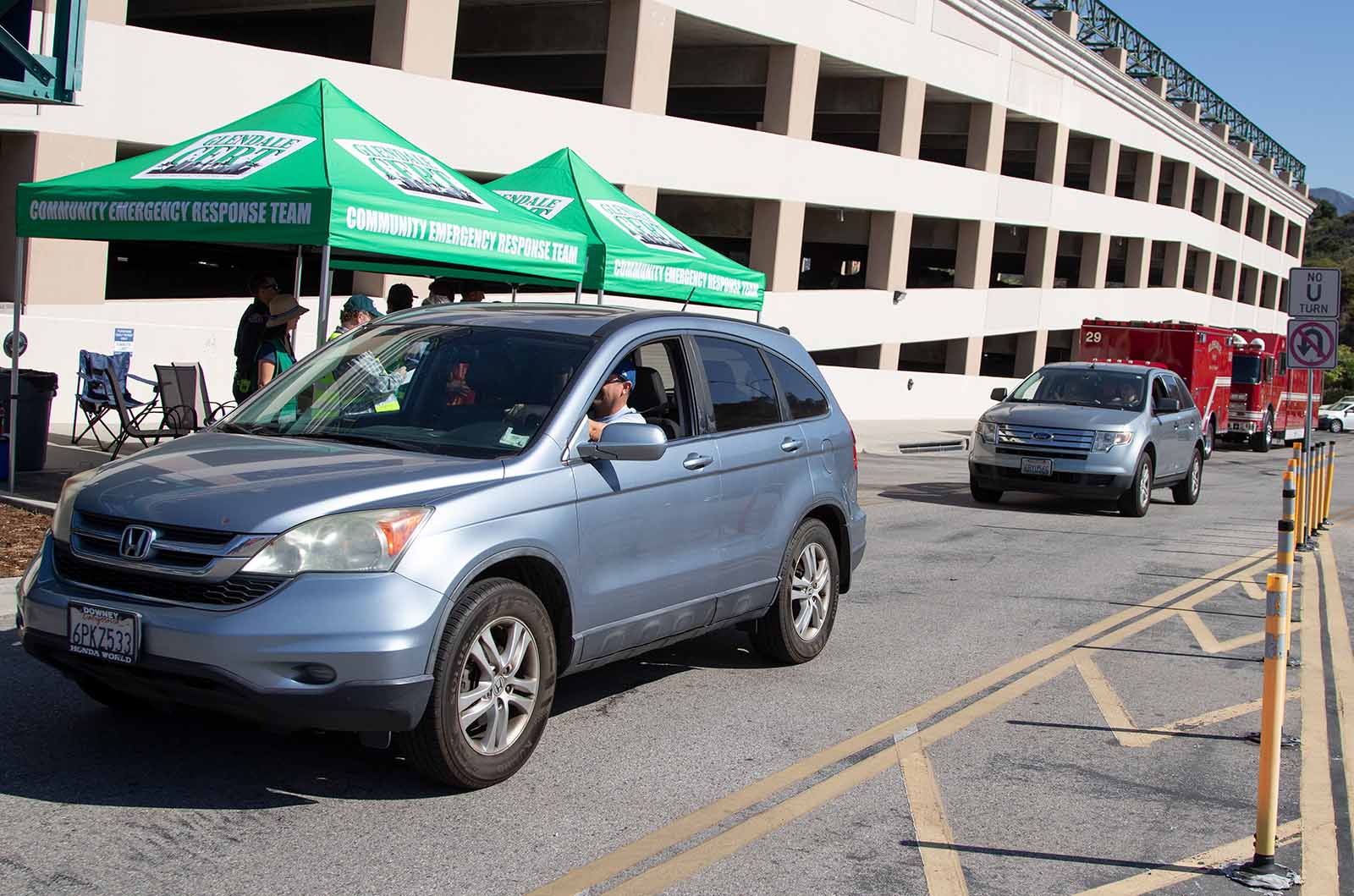 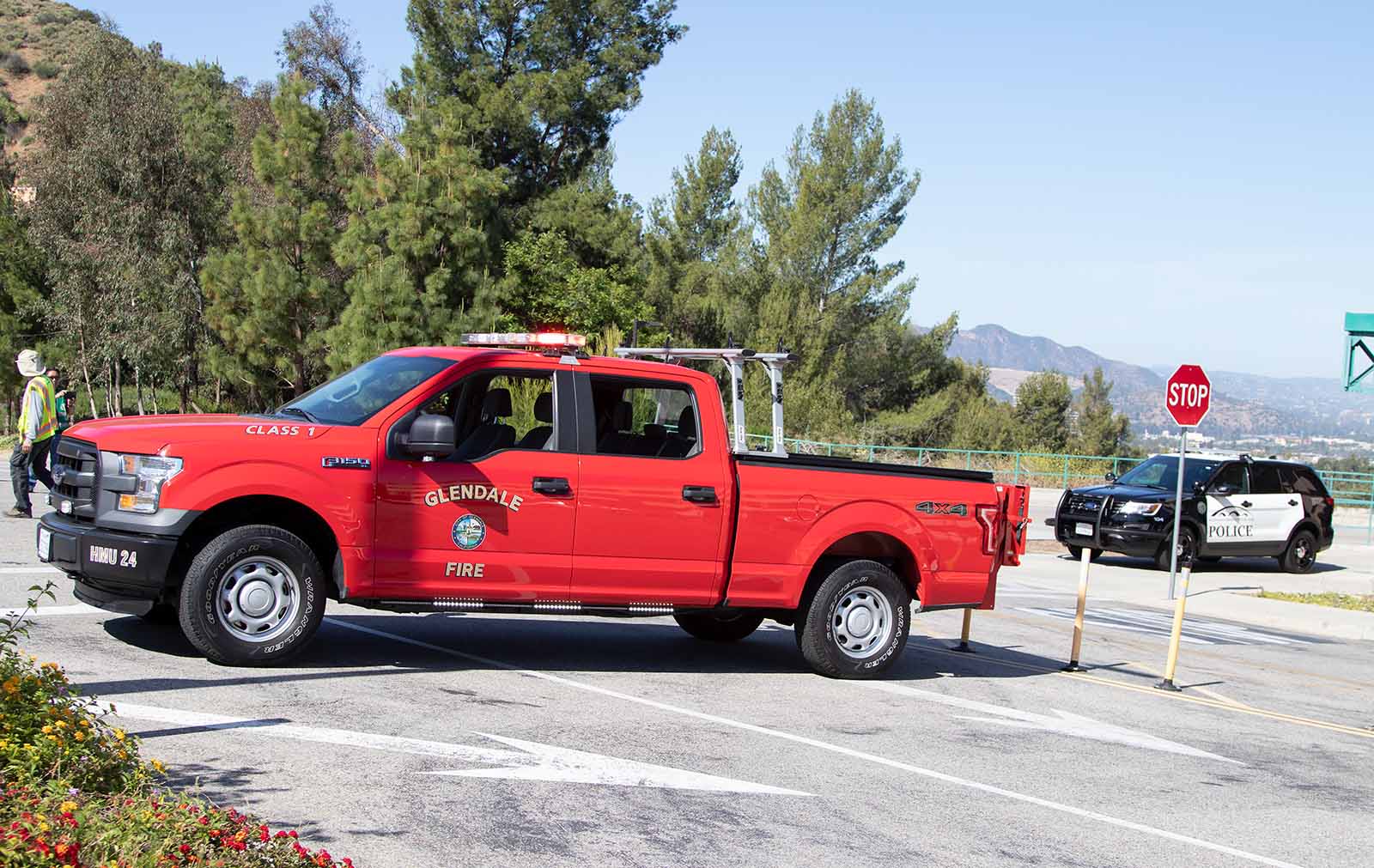 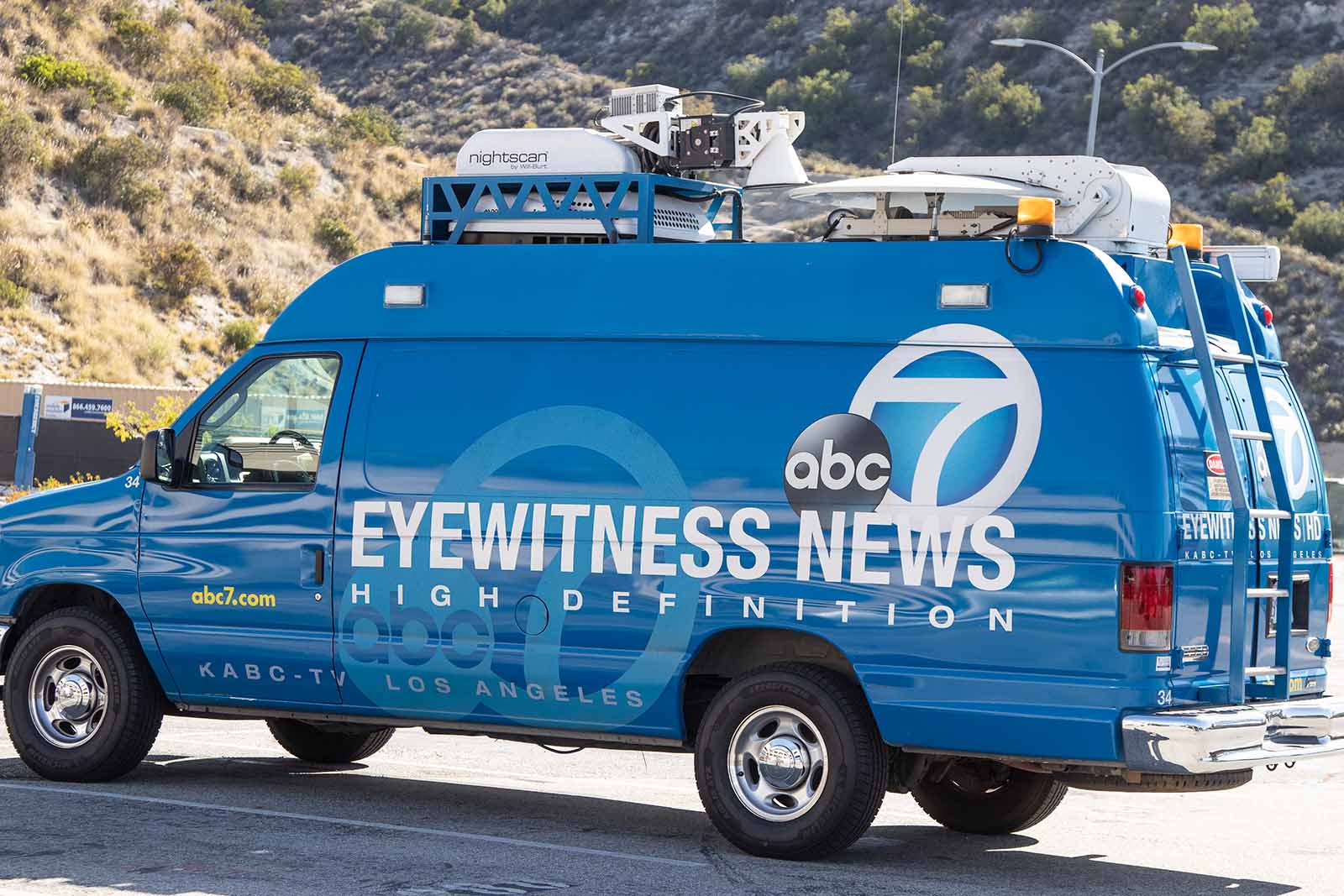 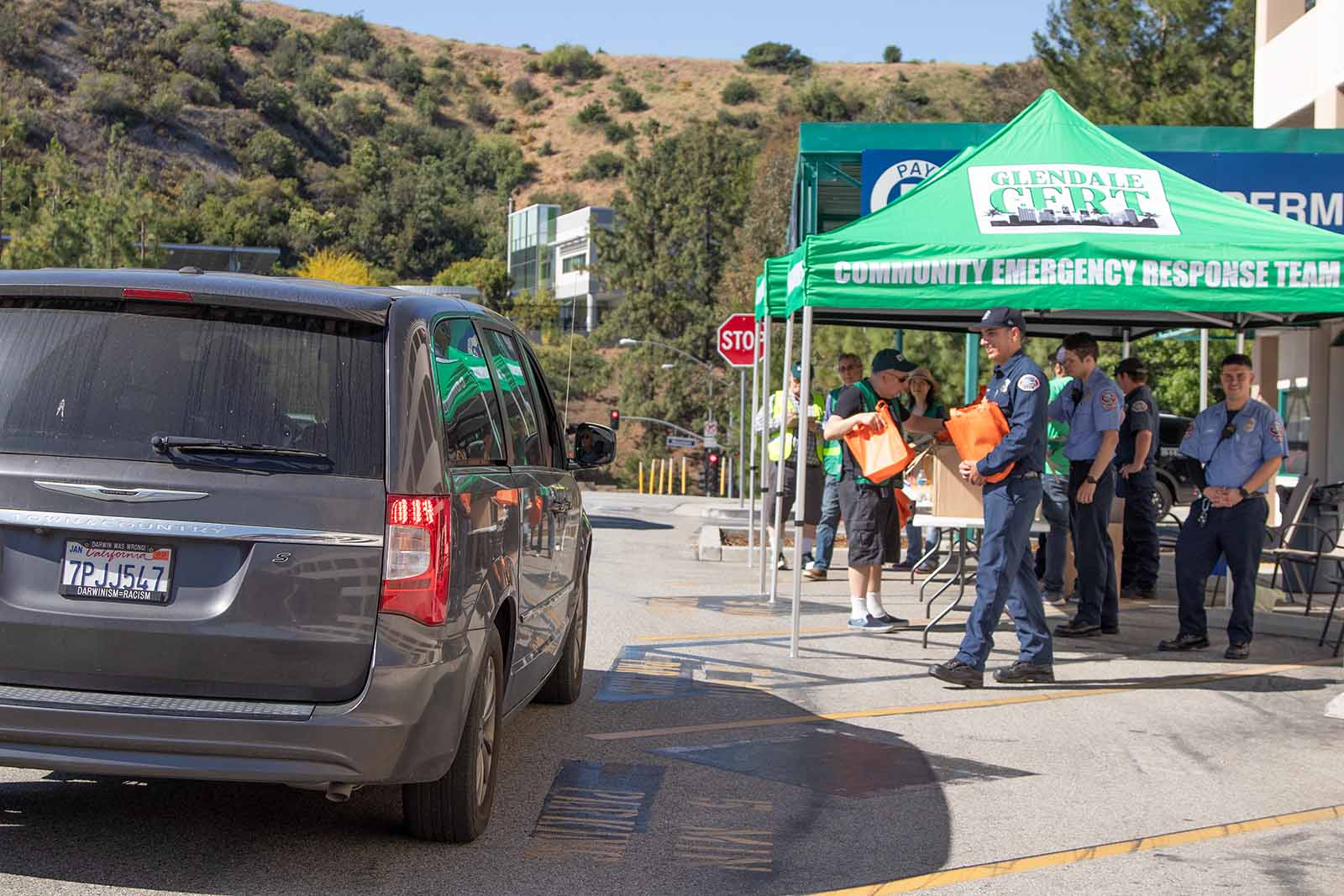 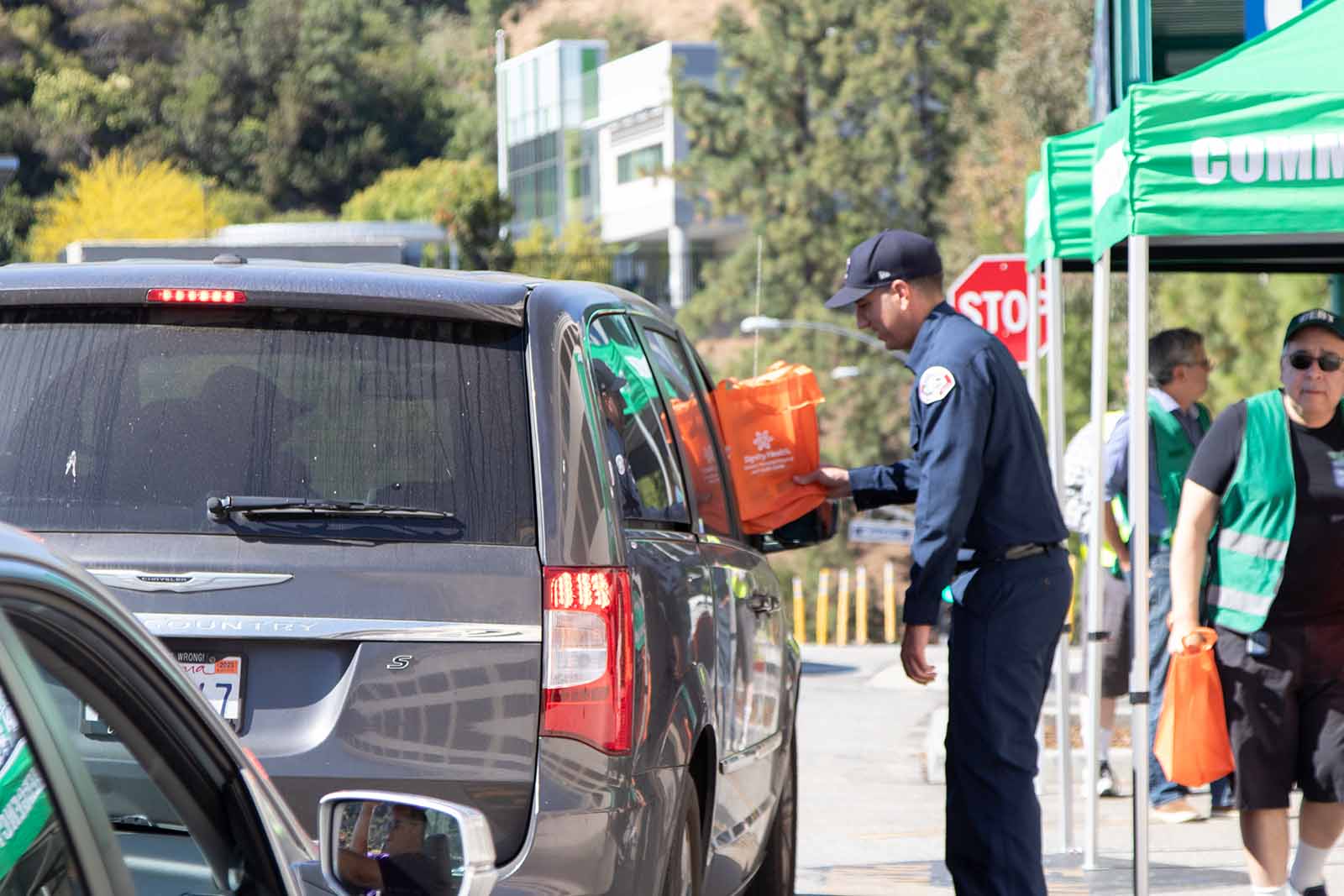 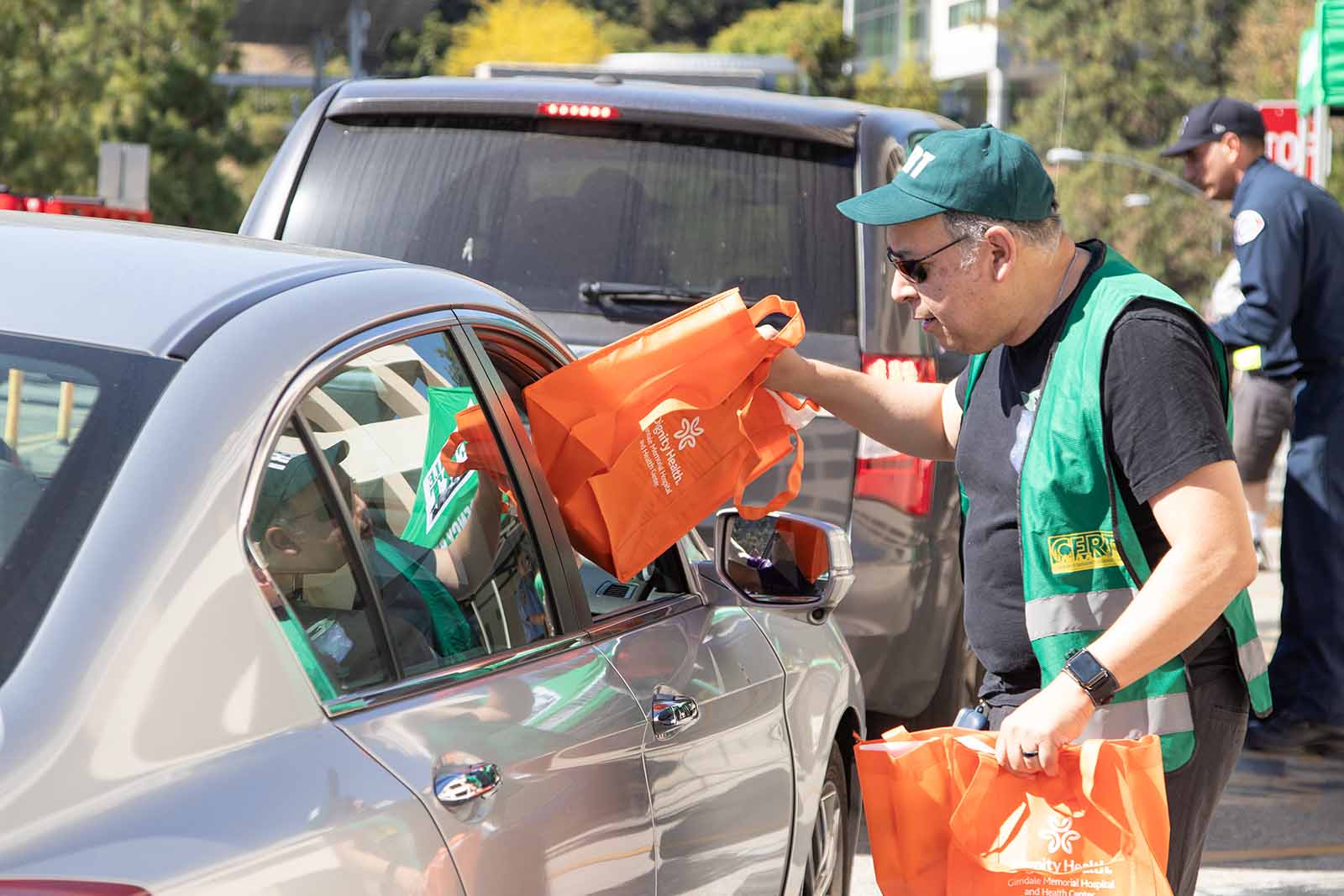 At the temporary command center set up at the Chevy Chase Library Glendale Fire, Glendale Police, and Glendale communication specialists monitored the morning drill’s roll out.  Two types of emergency alerts were tested, the trusty time-tested Glendale Emergency Alert System run by the City of Glendale (sign up here!), and a new experiment modifying the Amber Alert cell phone system to target a specific limited number of cell towers.  Unlike the city run Glendale Emergency Alert System, accessing, and testing the Amber Alert cell tower system required cooperation and clearances from multiple government agencies all the way up to the FCC.

At precisely 9:00 am Saturday the Glendale Emergency system kicked in notifying canyon residents via home phone, cell phone, text, and email, the exact details of the drill.  The message was repeated 2 minutes later as planned.  Glendale’s system performed perfectly.  But by 9:07 the cell-based Amber type drill notification still hadn’t been sent out.  That was a problem.  At 9:08 the Amber cell notification finally went out.  Within 20 seconds the command center knew there was a big problem.  Not only had the wrong message been blasted out omitting that the evacuation was a drill, an exercise and not the real deal, but also instead of limiting it only cell towers servicing the Chevy Chase Canyon, the alert went out to the entire southland!!!  Command communications were off the chart as widespread reports came in.  Even our little Chevy Chase Estates Association website crashed after 4,700 people in two minutes clicked to find out about the “disaster” in Chevy Chase Canyon.  The news media of course had a field day with the false alarm.  At least now everybody knows about Chevy Chase Canyon.

But the bottom line is that drills and exercises are done so that problems can be ironed out before an actual emergency.  Study the space program and how many misfires there were before man walked on the moon.  We in Glendale are extremely lucky to have both Glendale Fire and Police that take safety so seriously as to go that extra mile to plan and hold evacuation exercises.  Command center photos below. 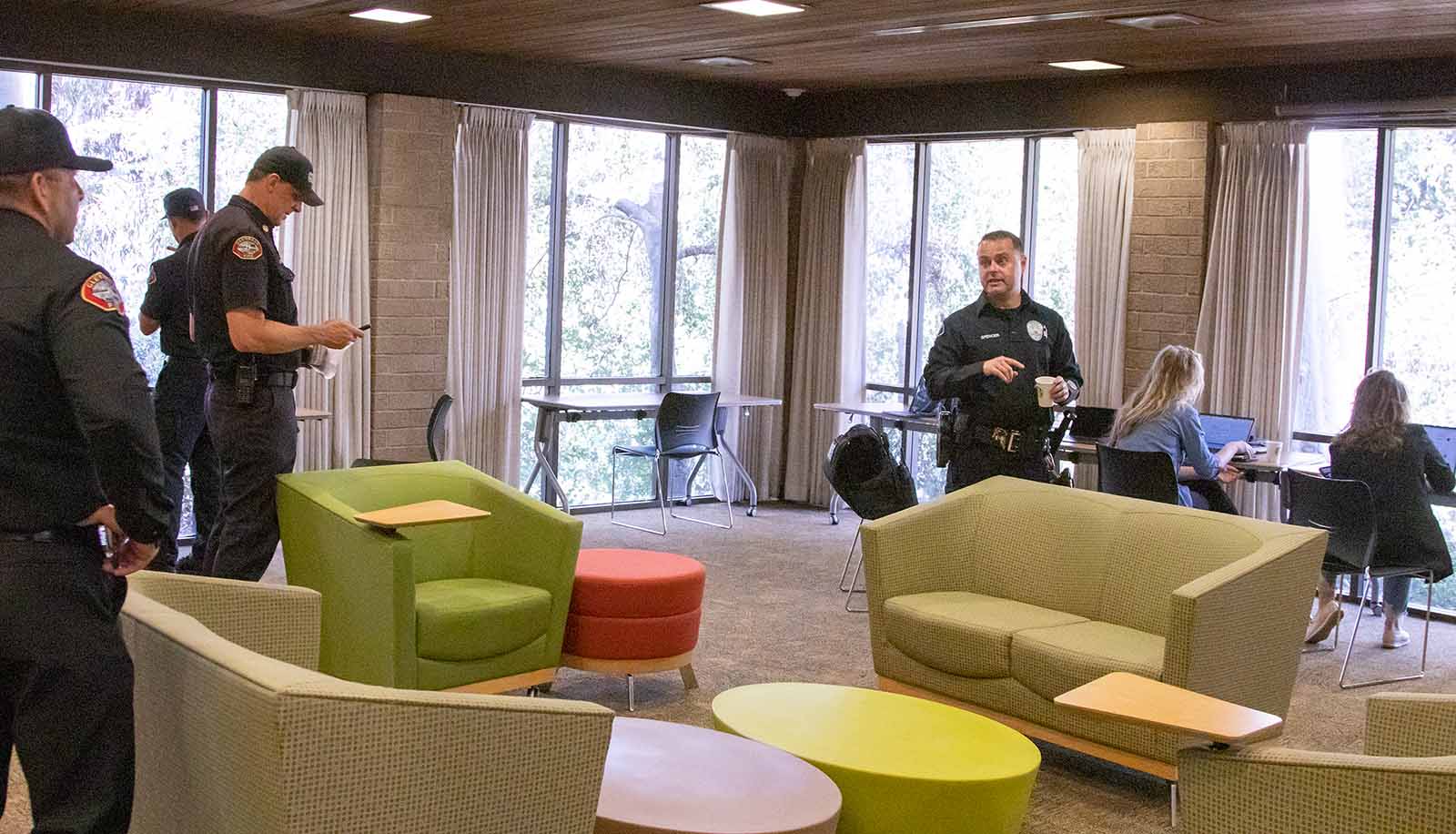 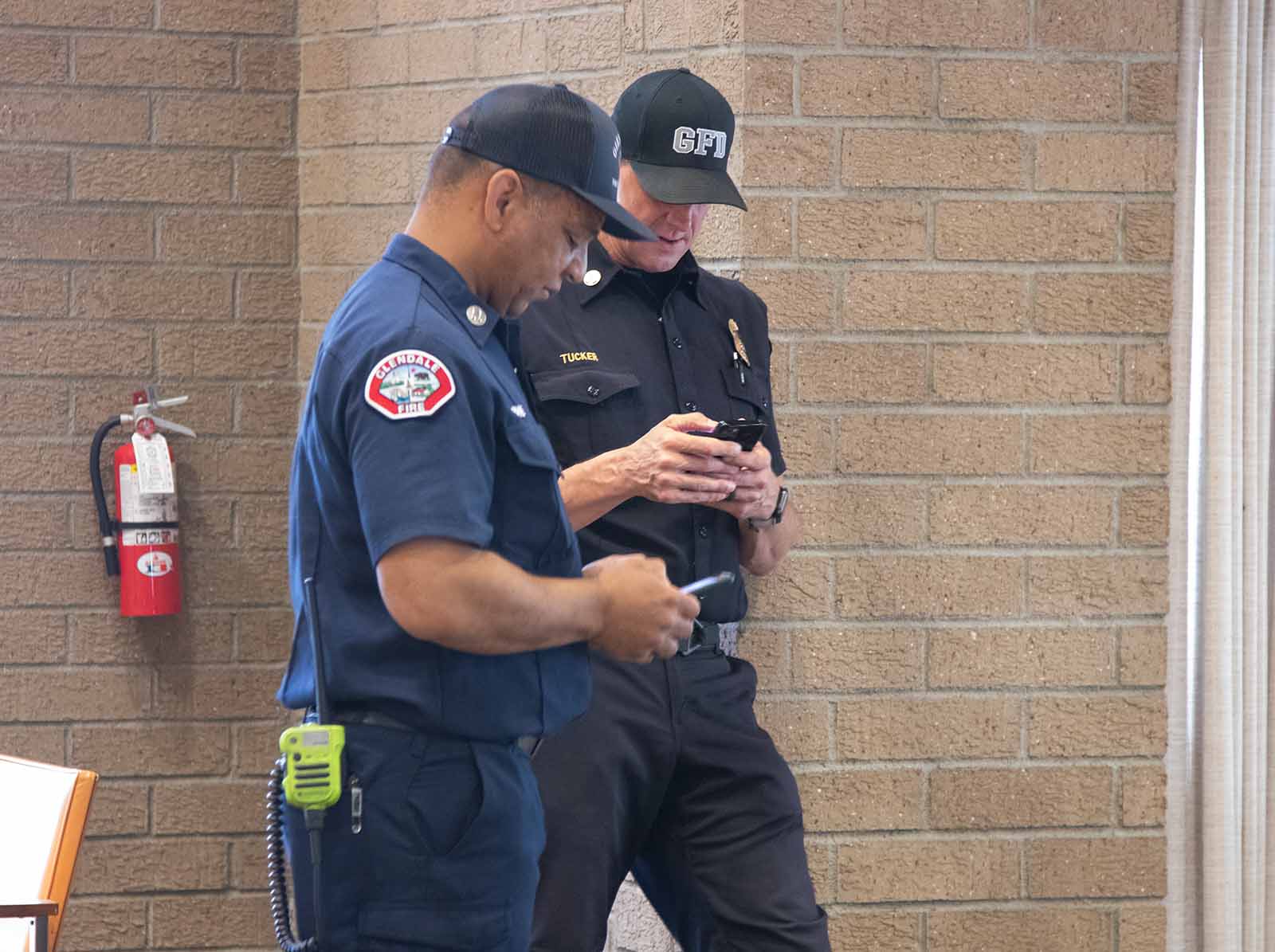 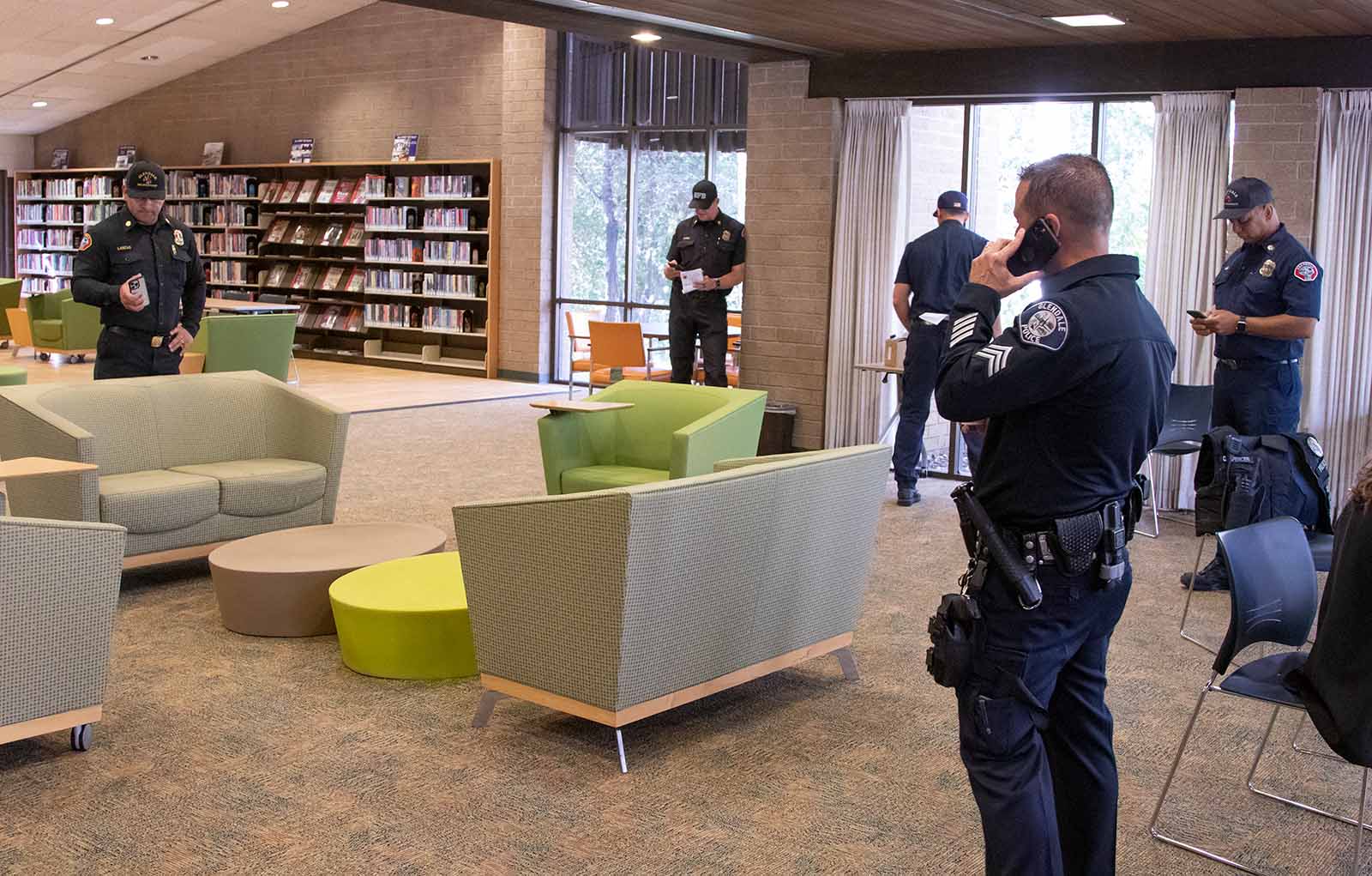 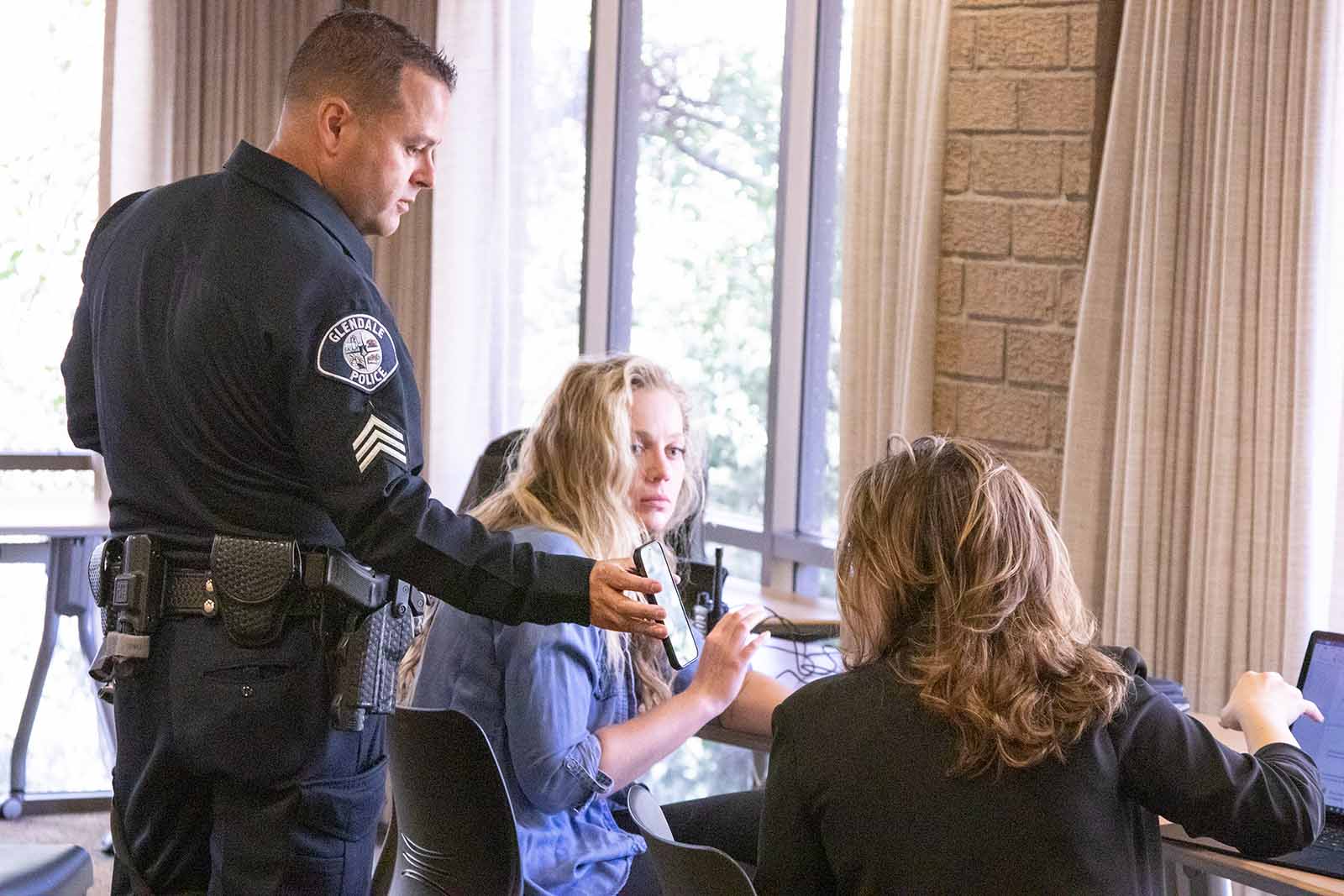 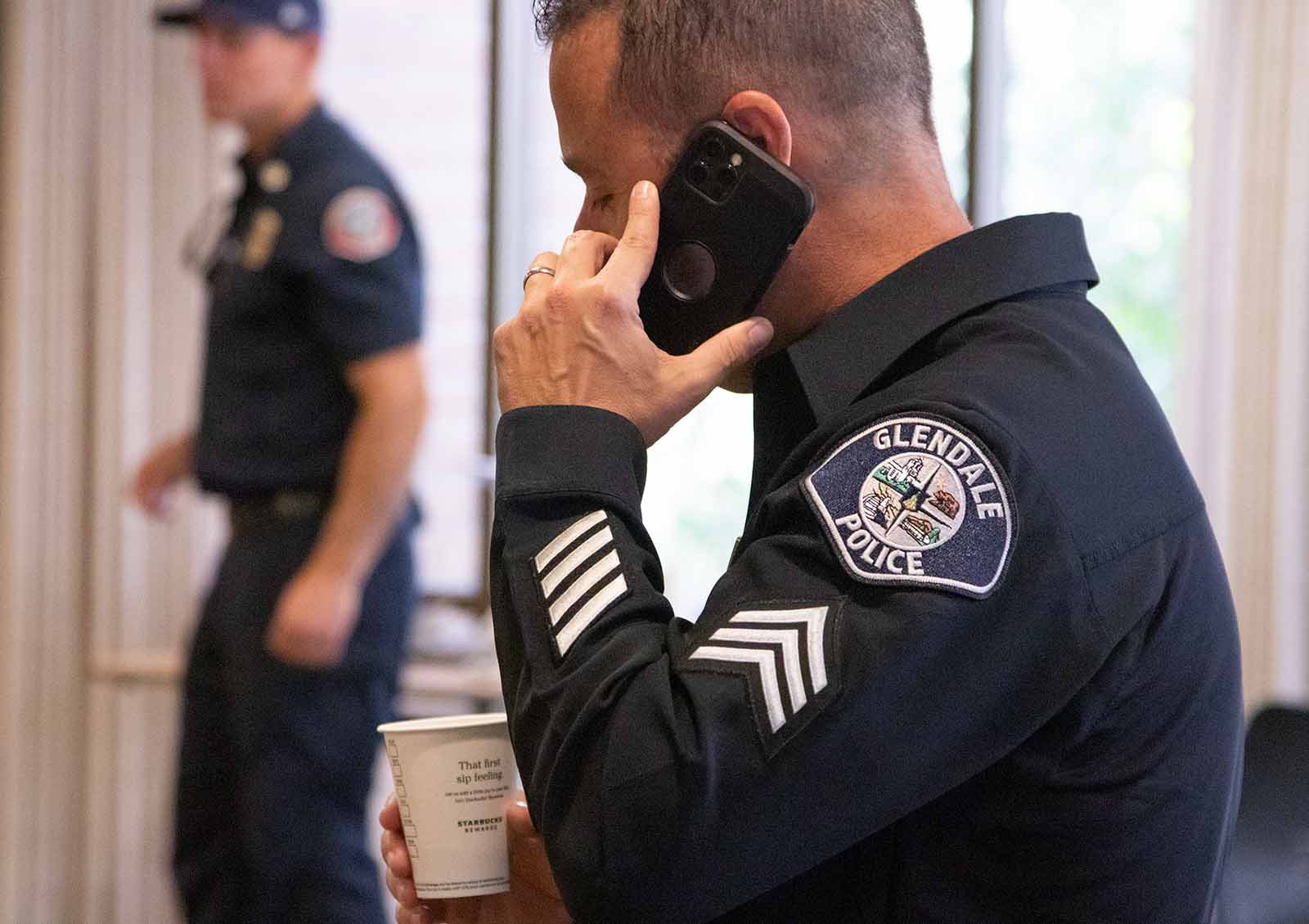 The CCEA would like to extend a big THANK YOU to all those who volunteered to help prepare for this drill. CCEA Board members, Canyon Residents, Boy & Girl Scout Troops, GFD Cadets, CERT Volunteers – because of you the Canyon and residents are better prepared for emergencies than ever before. Thank you to all residents who participated as well – whether you evacuated to GCC or simply spent some time educating yourself and taking steps to be ready for a real emergency. Every step you take to prepare means future safety for all!