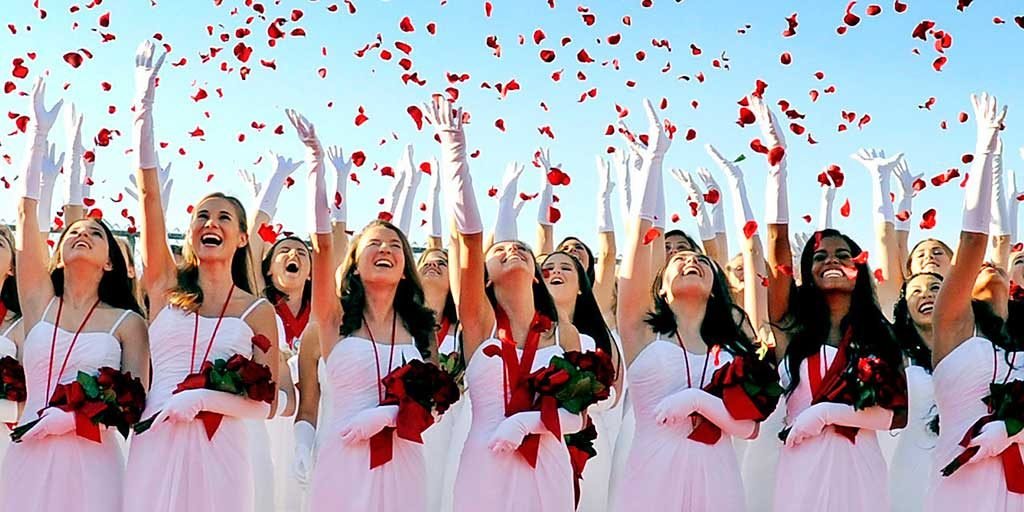 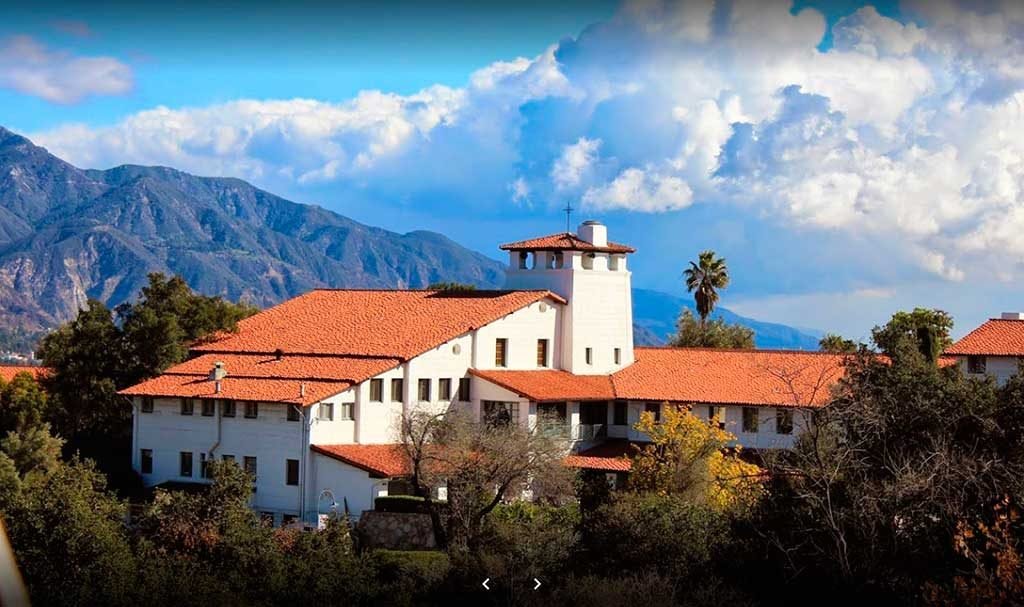 Our next door, on top of the hill neighbors, with historical ties to our canyon, the Flintridge Sacred Heart Academy is looking to update their campus.  A few years back they made a presentation to the Chevy Chase Estates Association Board of Directors sharing ideas on proposed upgrades to their school.   It sounded good; they were looking to diminish any adverse effects to folks in our canyon.

Their plans are now finalized and you can see them here. 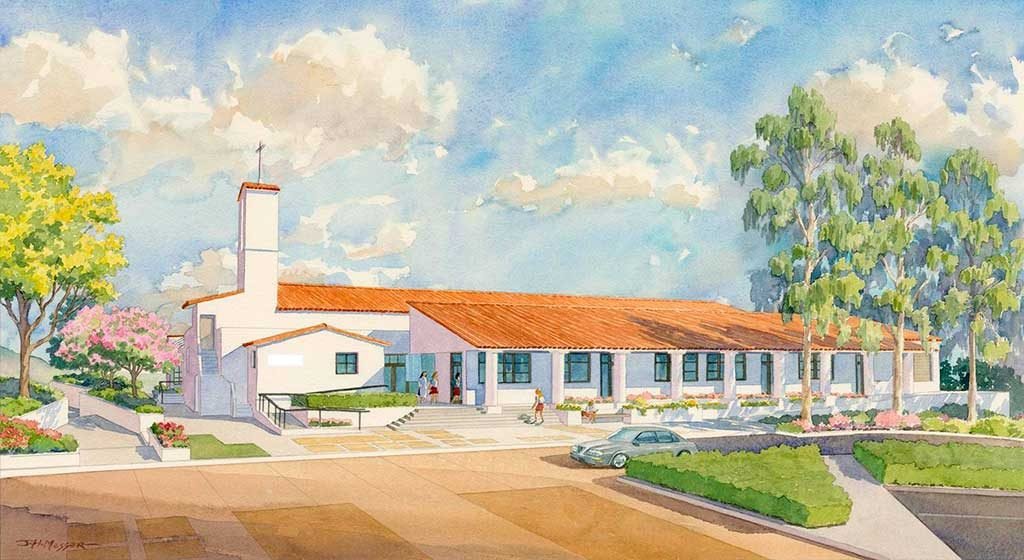 The Flintridge Sacred Heart Academy is a girl’s school with enrollment capped at 425 students (compared to the average Glendale High School of 3,000) is located on one of the most beautiful and desirable mountain top properties in California.

A little history: Flintridge Sacred Heart Academies 41-acre campus was originally the site of the Flintridge Hotel, which was designed and built by architect Myron Hunt in 1926 atop the San Rafael Hills, at the direction of Frank Putnam Flint, a United States senator from what was then called La Cañada Flint owned the land on which the hotel was built and commissioned Hunt, due to his expertise in designing in the Mediterranean Revival and Spanish Colonial Revival architecture styles. The Flintridge Hotel, soon acquired by Bowman-Biltmore Hotels, was the renamed the Flintridge Biltmore Hotel. It included a large main building with a dining room, lounge, and patio, in addition to six smaller cottages meant to house whole families. The grounds also included a pool, tennis courts, golf course, archery range and several large lawn areas. The business failed as the Great Depression continued, and the hotel was closed and sold in 1931.

For a short time, Chevy Chase had bus service through our canyon via this vehicle that went between the Biltmore Downton and The Flintridge hotel. 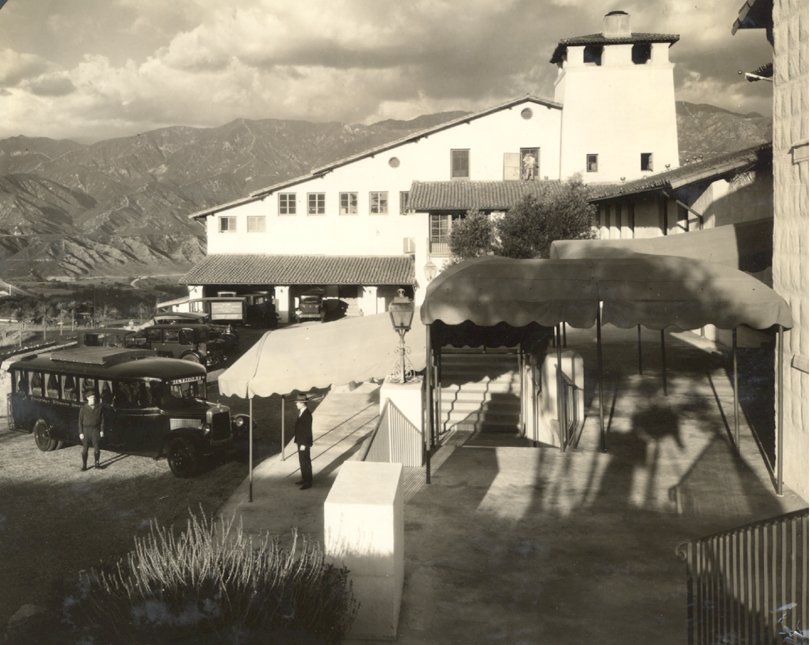 If you haven’t toured this amazing site please check out these photos of the current campus where the bungalows of the 1926 hotel are used still by the girls’ school. 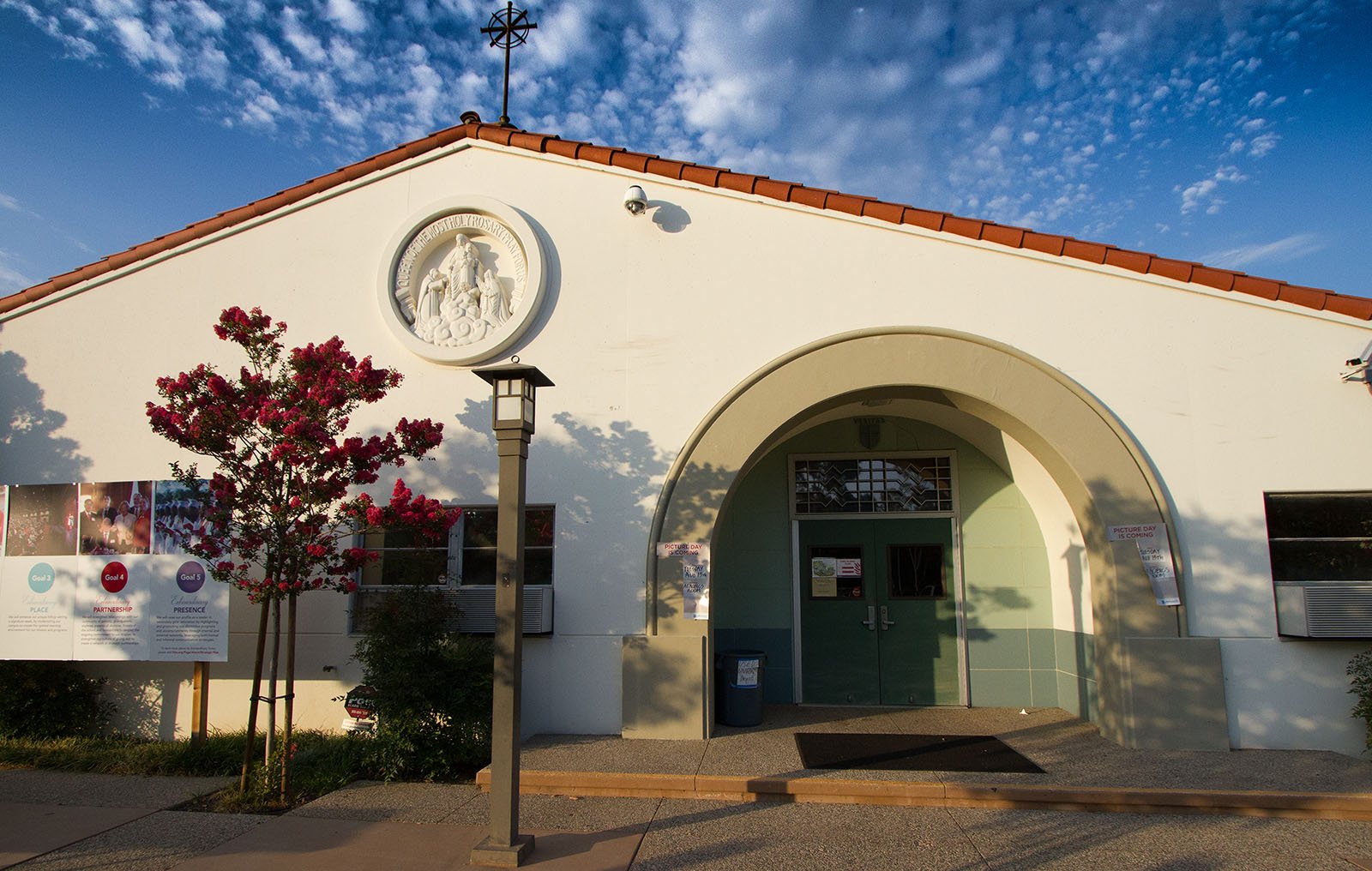 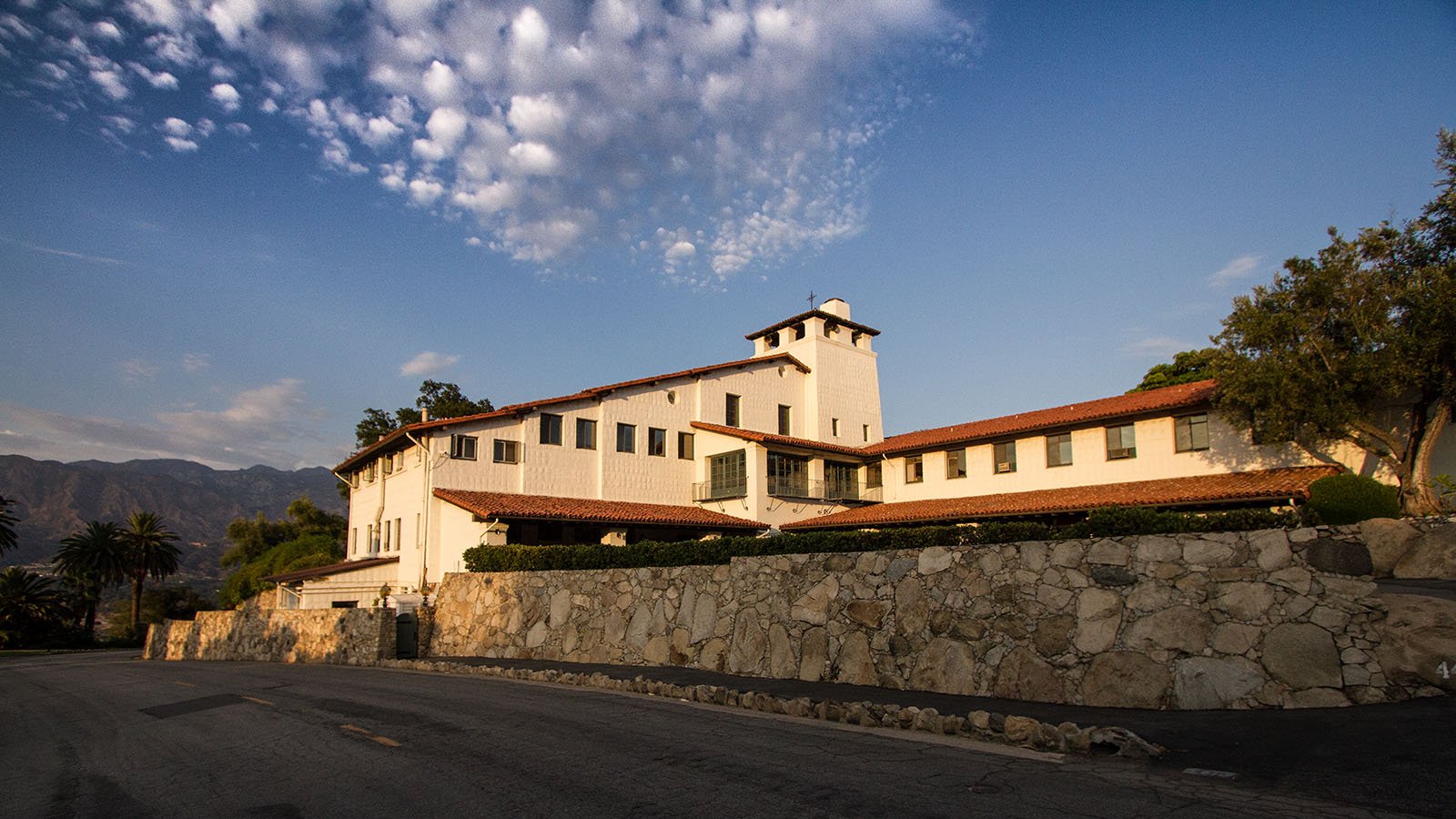 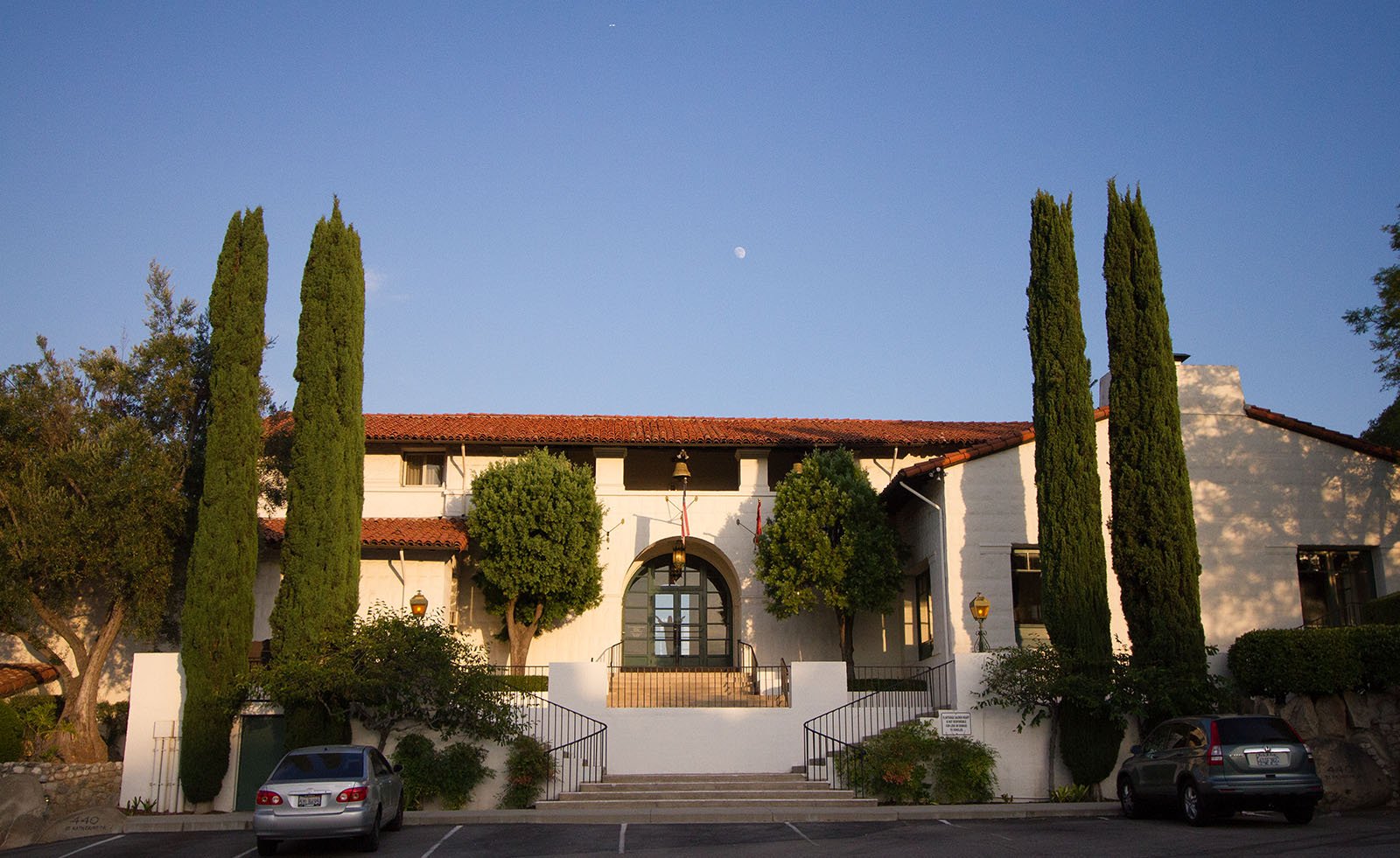 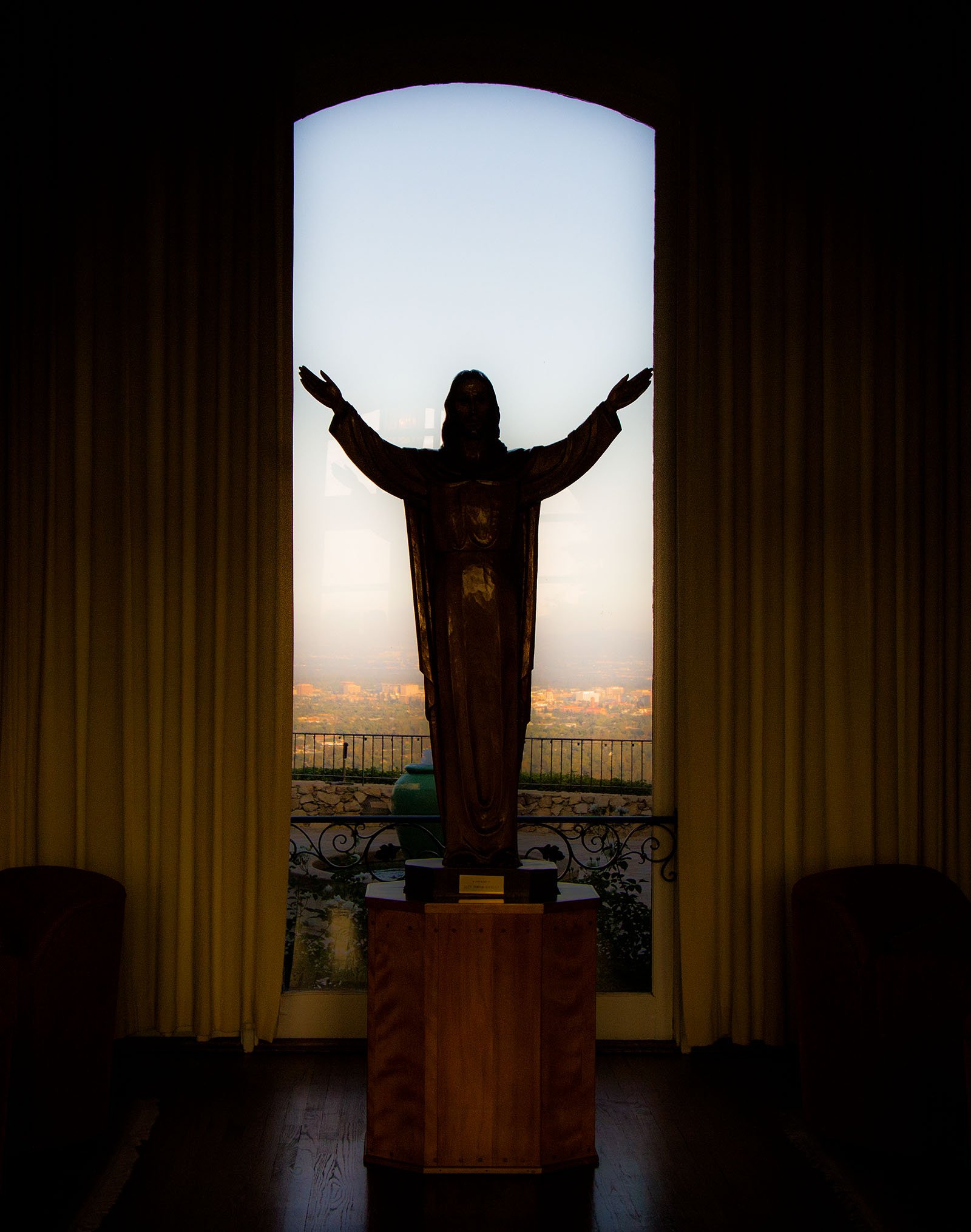 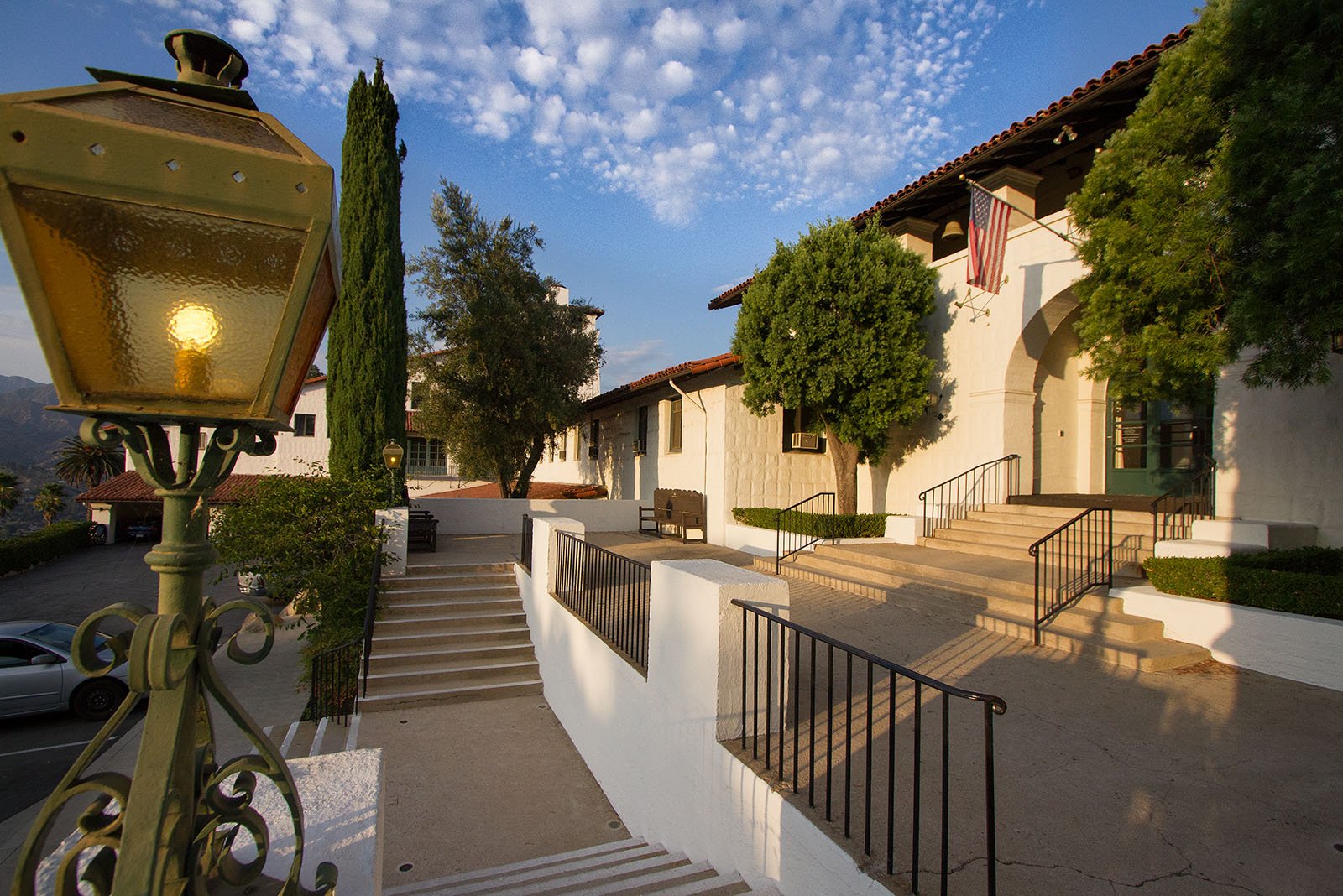 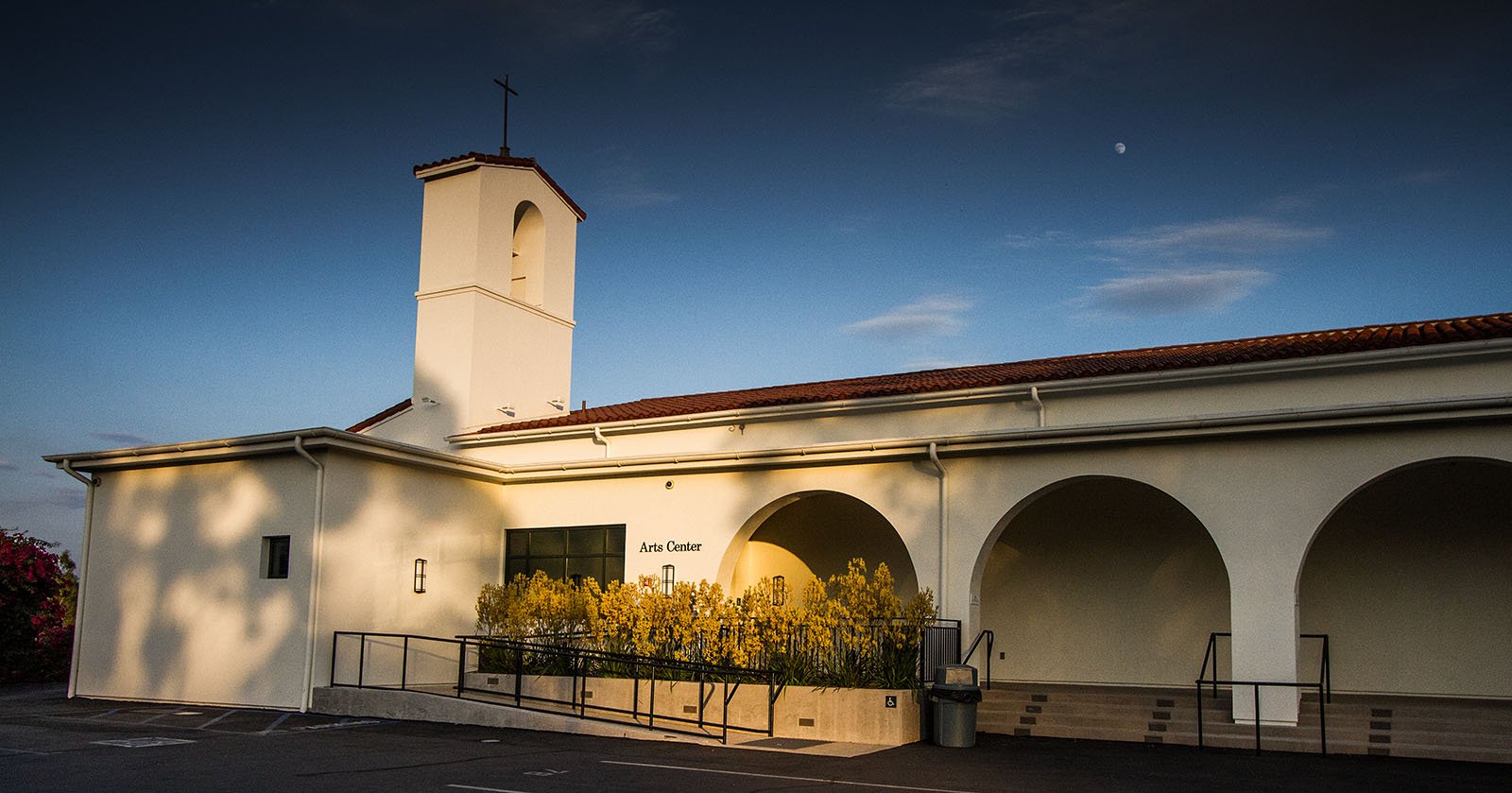 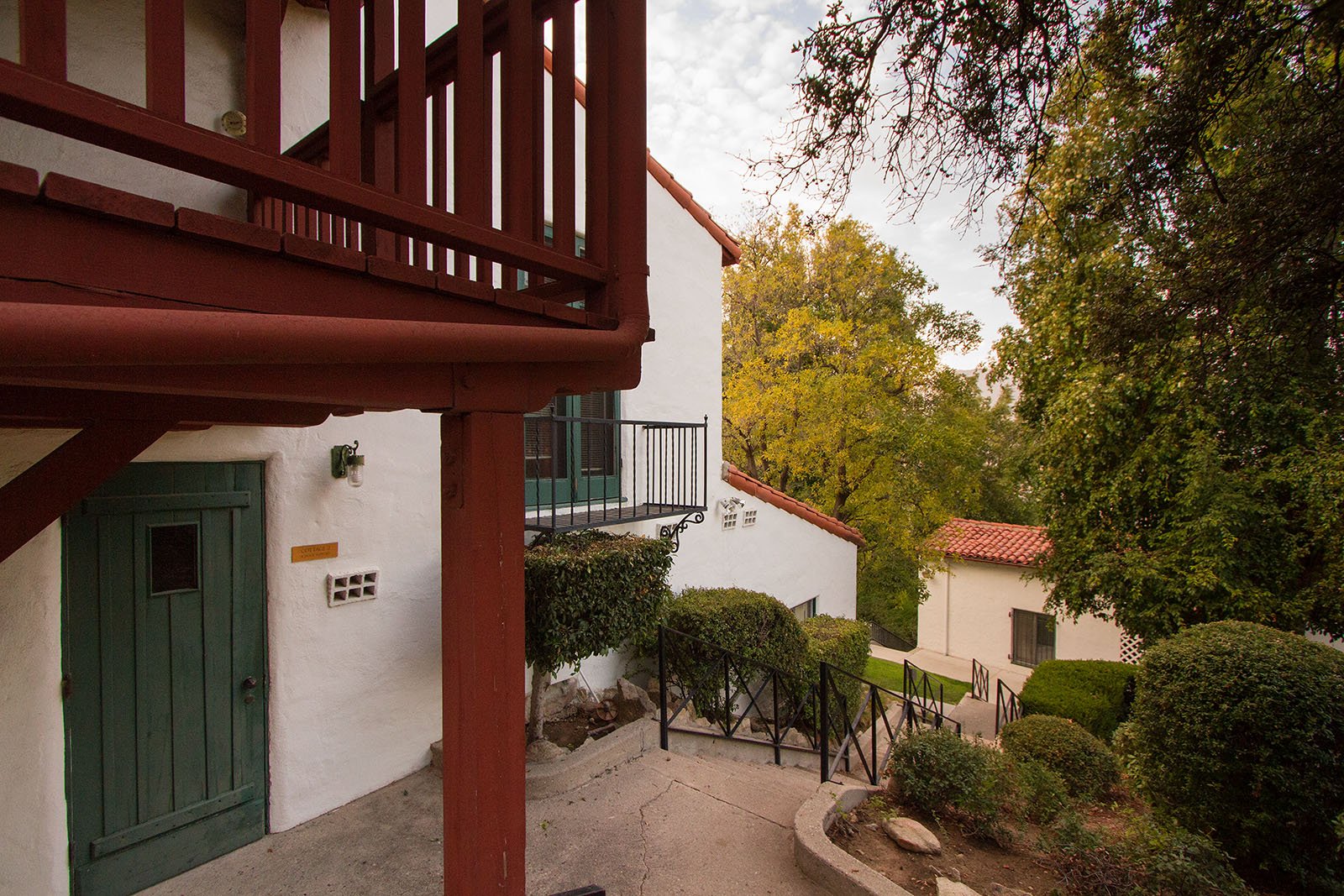 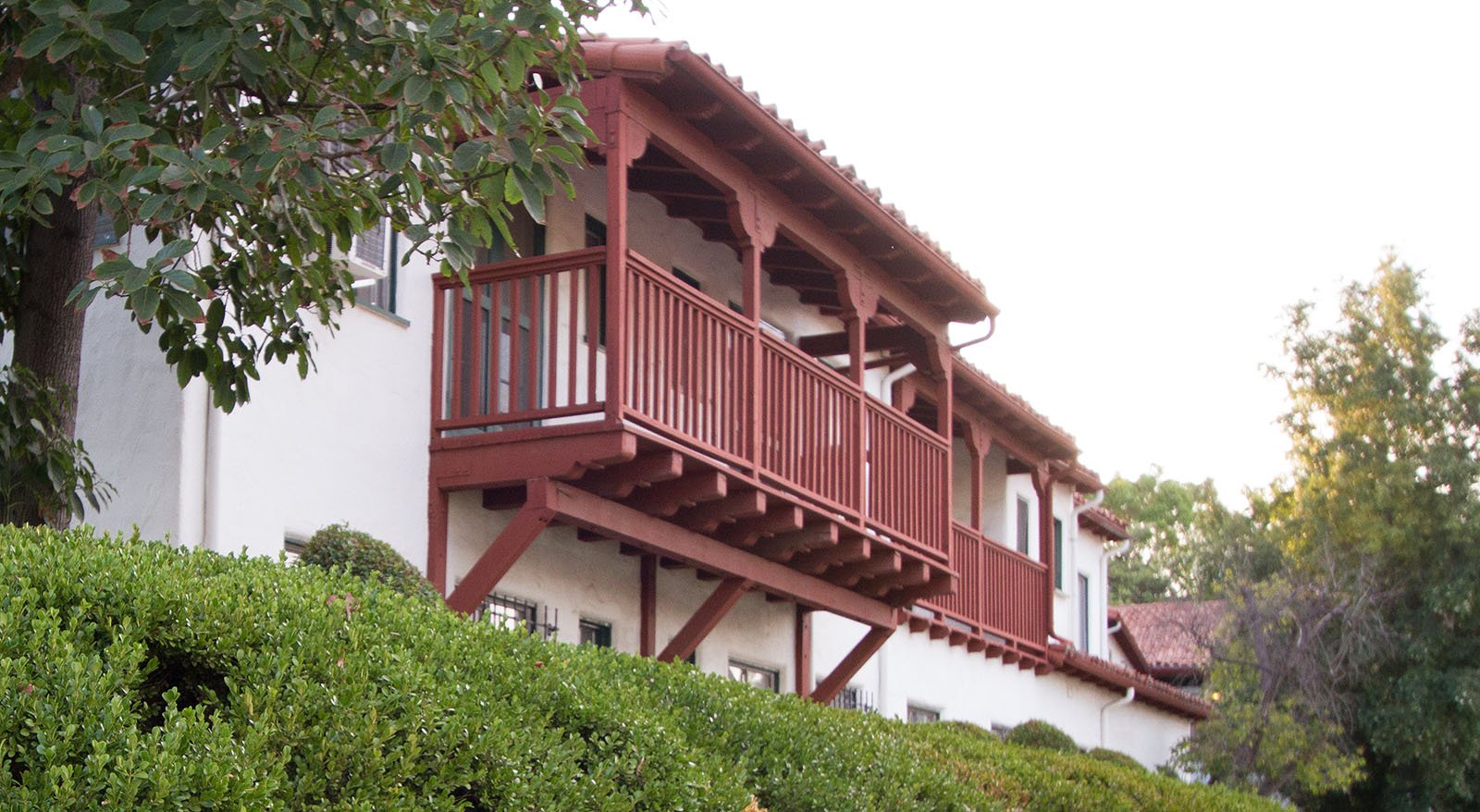 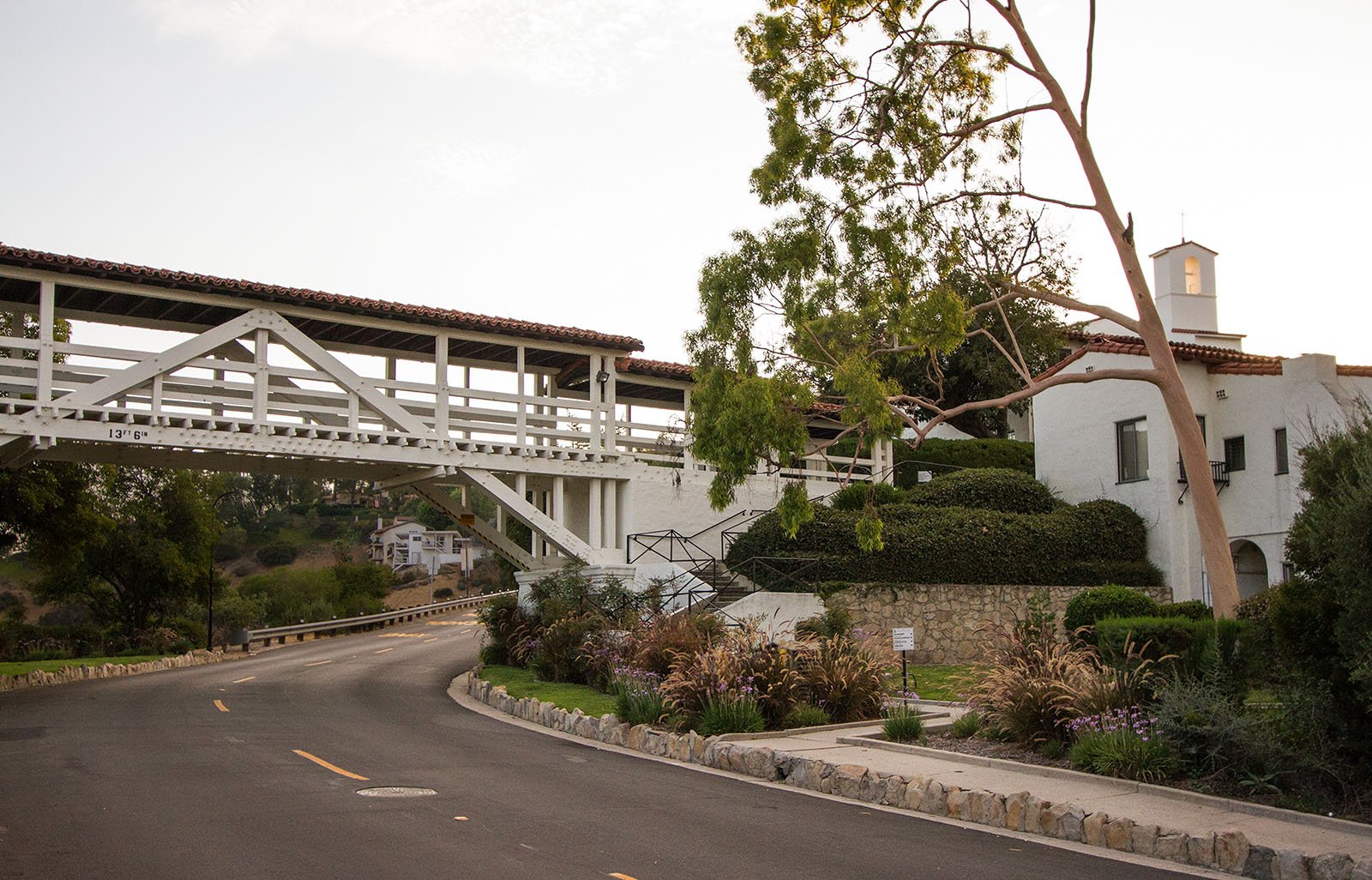 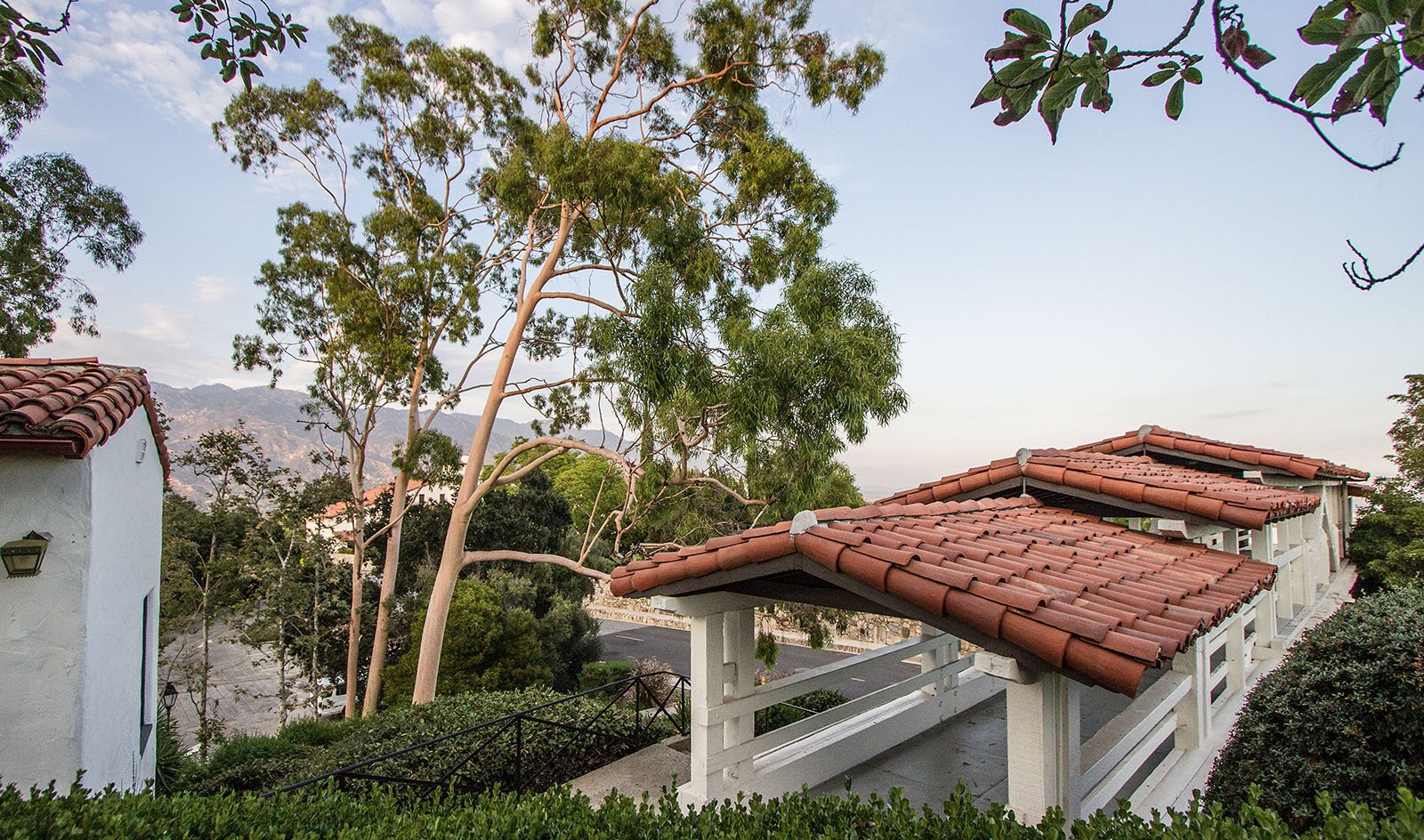 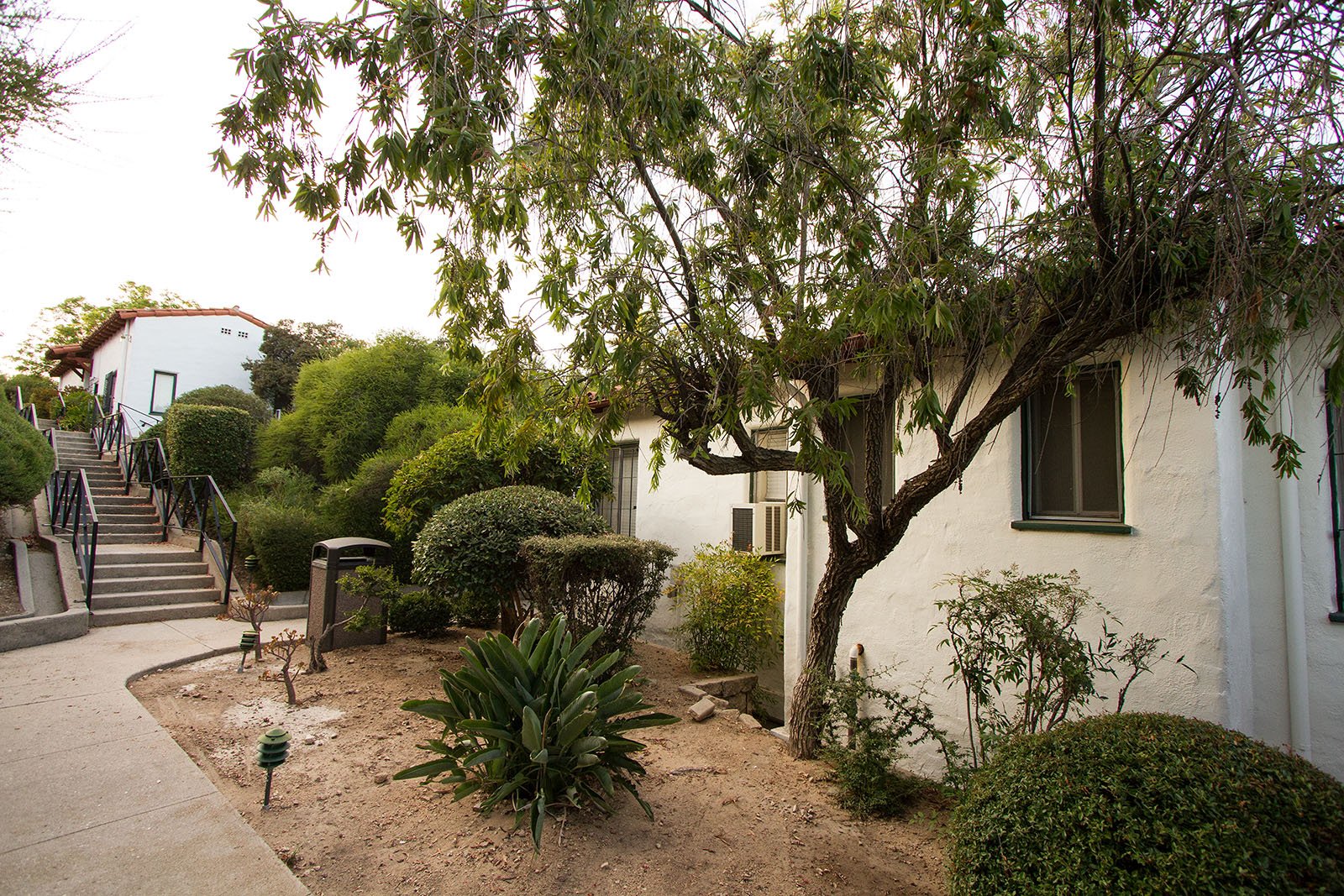 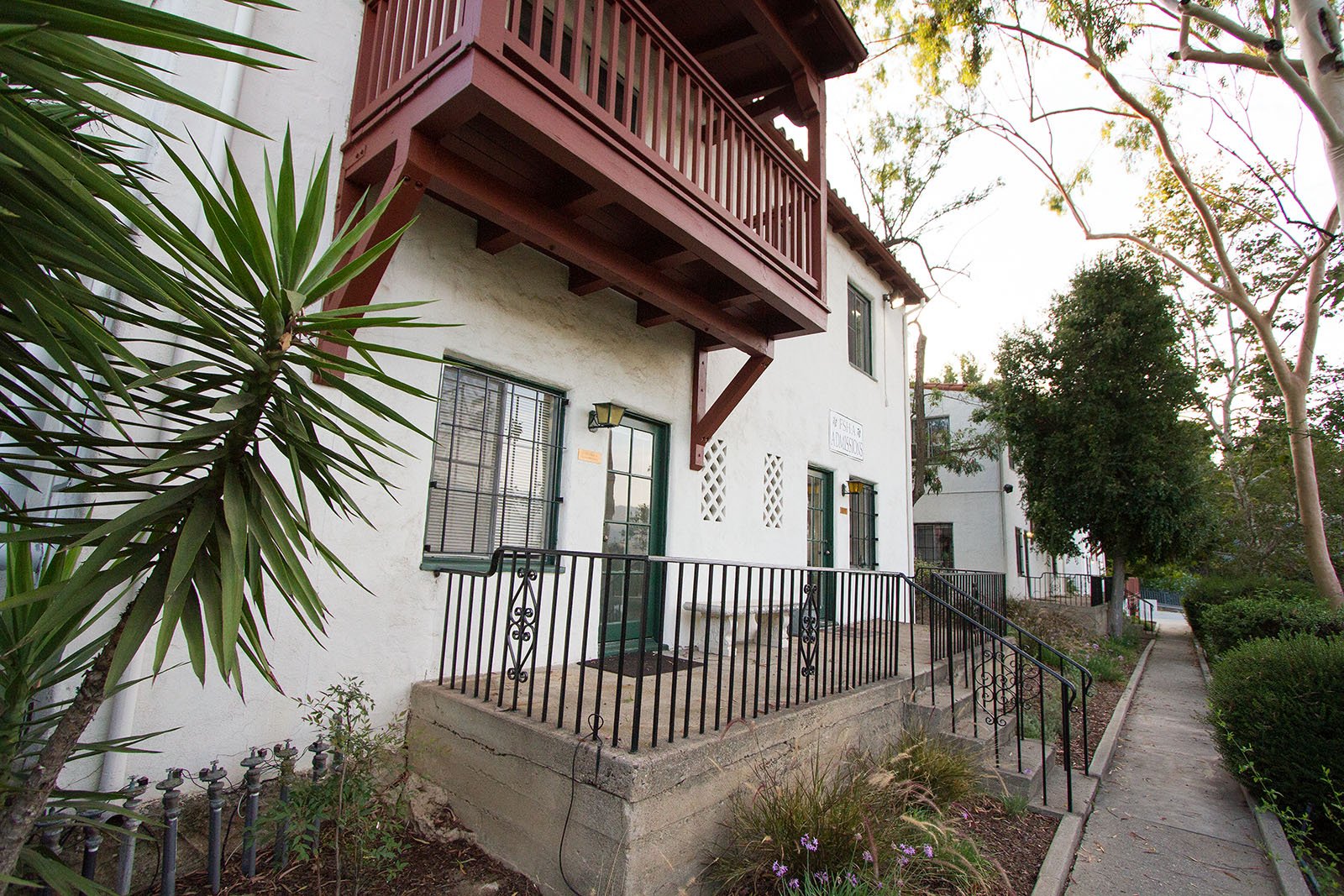 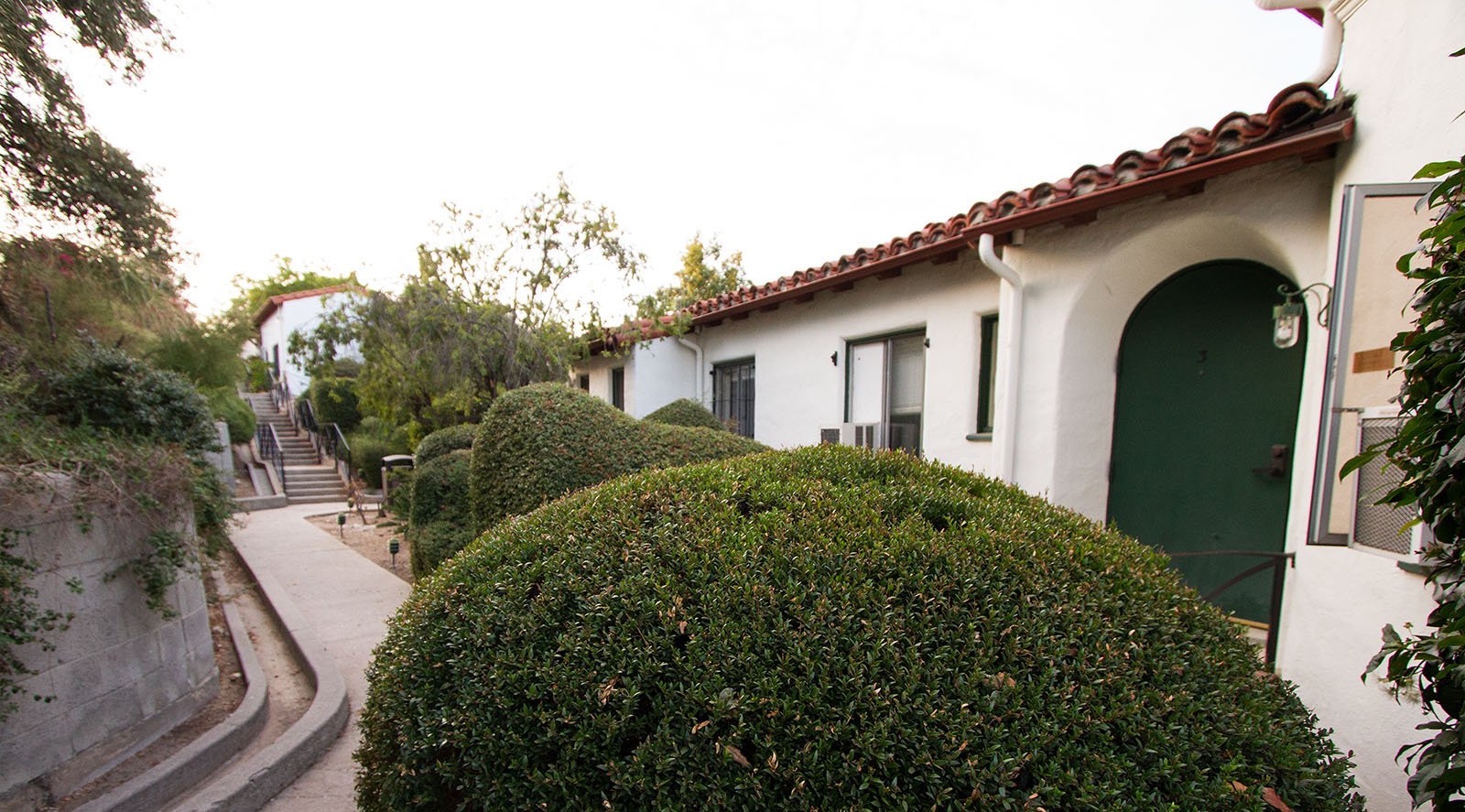 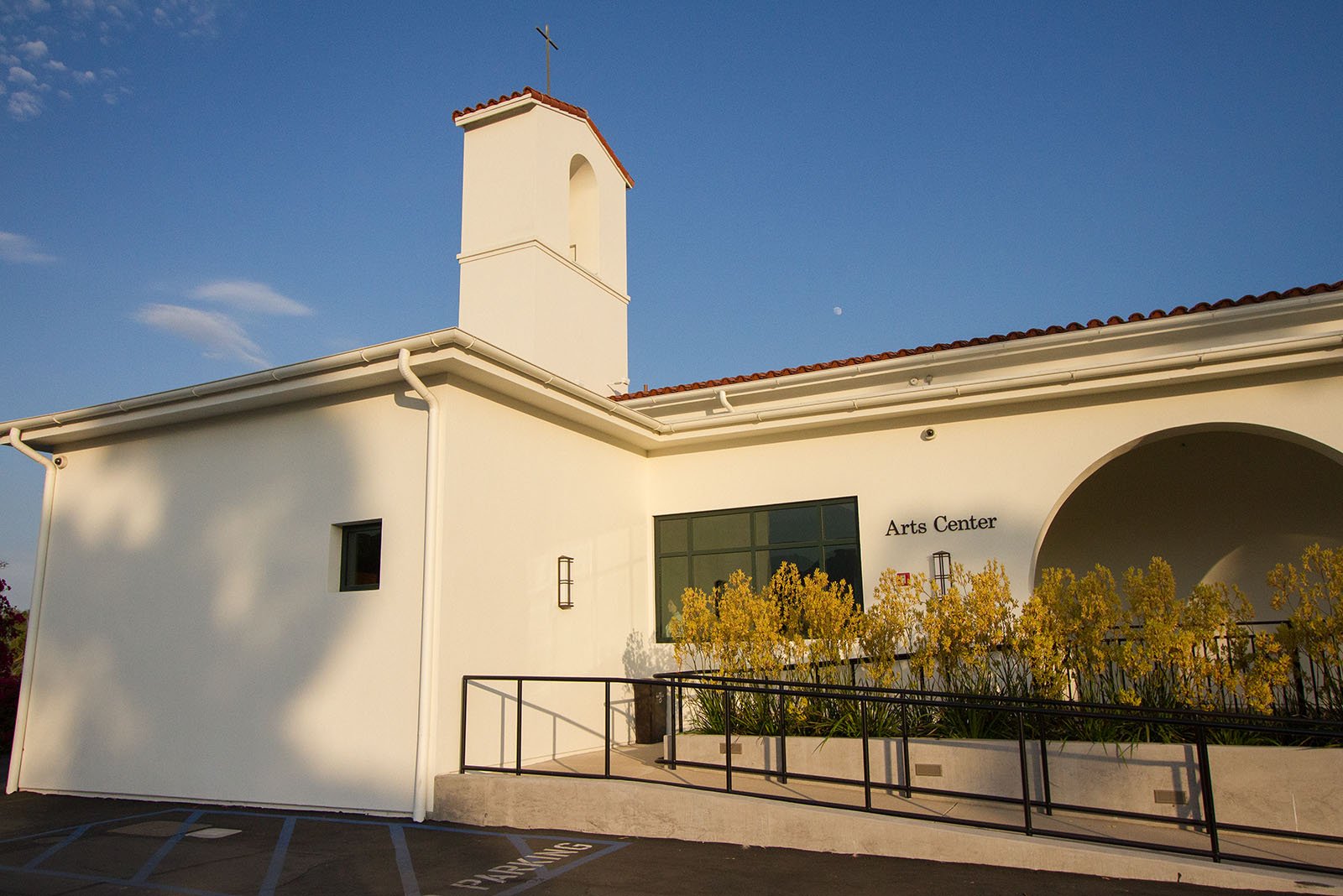 For more info about this school….