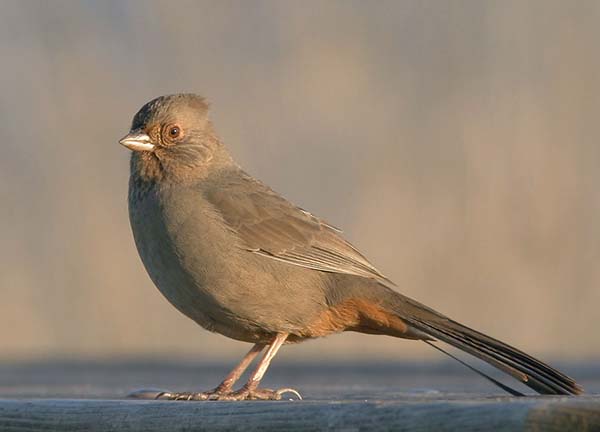 This 8 1/2” brown bird is very common in our canyon year ‘round.  It is only found on the west coast of Oregon, California and Baja California.  It hangs out in the brush on the hillsides, parks and in our gardens, foraging for seeds and insects.  They scratch on the leaf litter with their feet and are often seen pecking on seeds at the side of the road.  They will even come to our feeders.  Because their habitat is low to the ground, they are easy prey to cats and are therefore nonexistent wherever cats roam.  You can identify them as brown all over with a few touches of rusty orange around the eye, throat and under the slightly elongated tail.  Its call is a sharp metallic “chink”, heard mostly in the late afternoon.  They are very territorial.  They will sometimes come to a window or mirror on a car and fight with the reflection.  They are usually found in pairs.  Some mate for life.    By: Carroll Waldron Ropp

Yucca Whipplei (The Candle of the Lord) 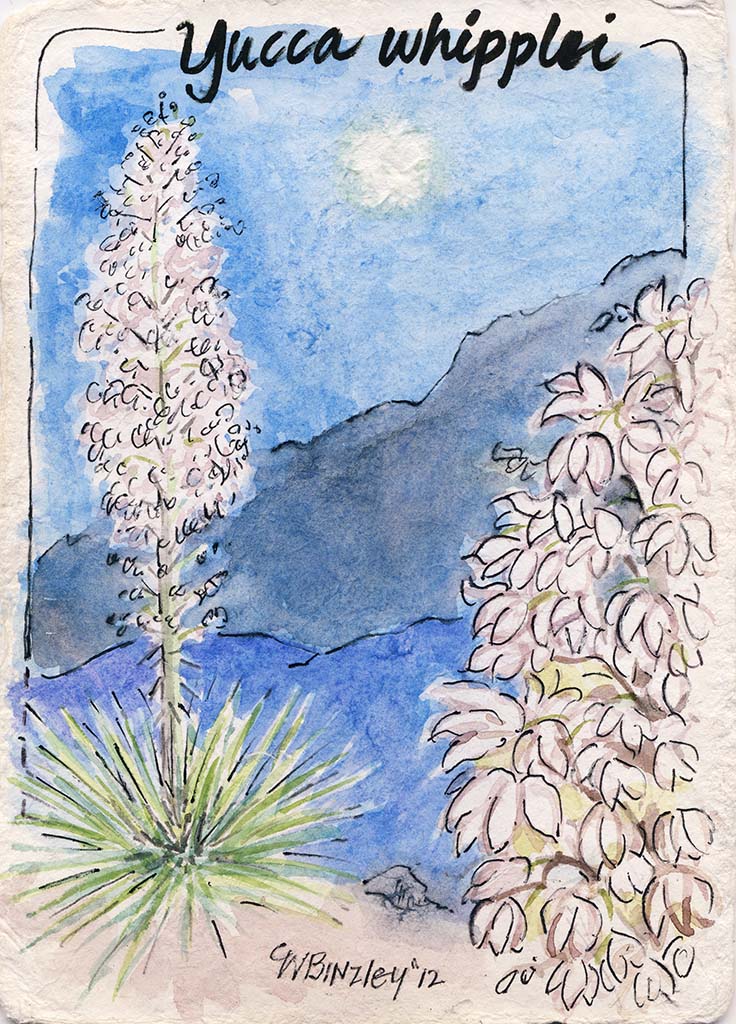 In late spring or early summer the yucca blooms with a flower stalk bearing hundreds of creamy white flowers.  The stalk rapidly grows to a height of five to twelve feet out of a large clump of gray-green spiked leaves.  Later the blossoms dry into spongy capsules containing many flat black seeds.  After fires, the yucca sprouts new leaves often from a stump that appears to be lifeless.  The yucca is an evergreen plant and may be grown from seed or purchased at nurseries that sell native California plants. Yuccas are very drought tolerant and are found in the chaparral of Southern California.  If you have a difficult spot to plant on a hill, the yucca will grow there.  As with all natives, do not amend the soil when planting it.  Yucca Whipplei is named after Ameil Weeks Whipple (1818-1863) a surveyor who oversaw the Pacific Railroad Survey to Los Angeles in 1853.