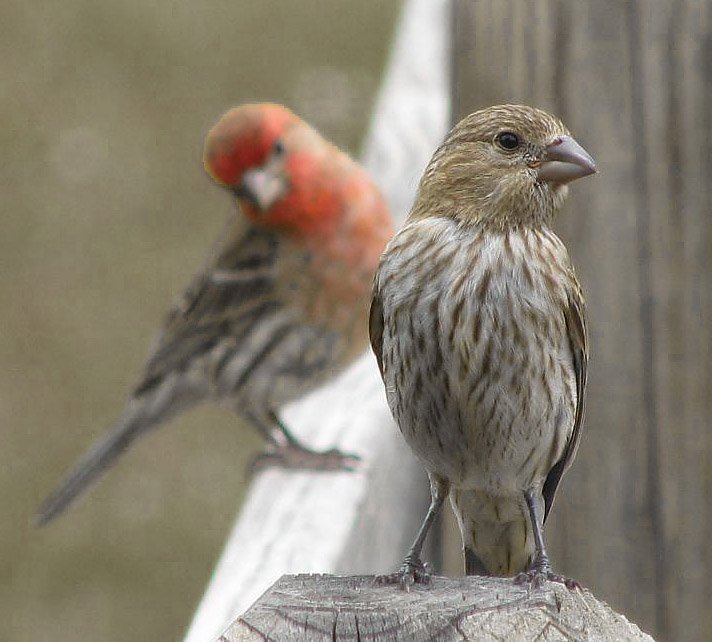 This is a very common songbird in our area and across the United States. It is 5 and 1/2 inches, brown, with a square tail and short beak. The females and fledglings are brown and white streaked, but the males have a red forehead, throat, chest and under parts. You may see house finches that are any variation of red or gold depending upon the available diet of berries and fruit. Some people think they are robins because of the red chest, but that is where the similarity stops. (Robins are almost twice their size, have a white ring around each eye, and a long yellow beak.)

The House Finch originated here in the Southwest, but in the 20’s and 30’s they were caged and sold illegally in New York City as “Hollywood Finches”. They were subsequently released into the wild and did remarkably well. They are now in just about every backyard across the country and are the first to come to a new backyard feeder.  Their songs are very melodious. 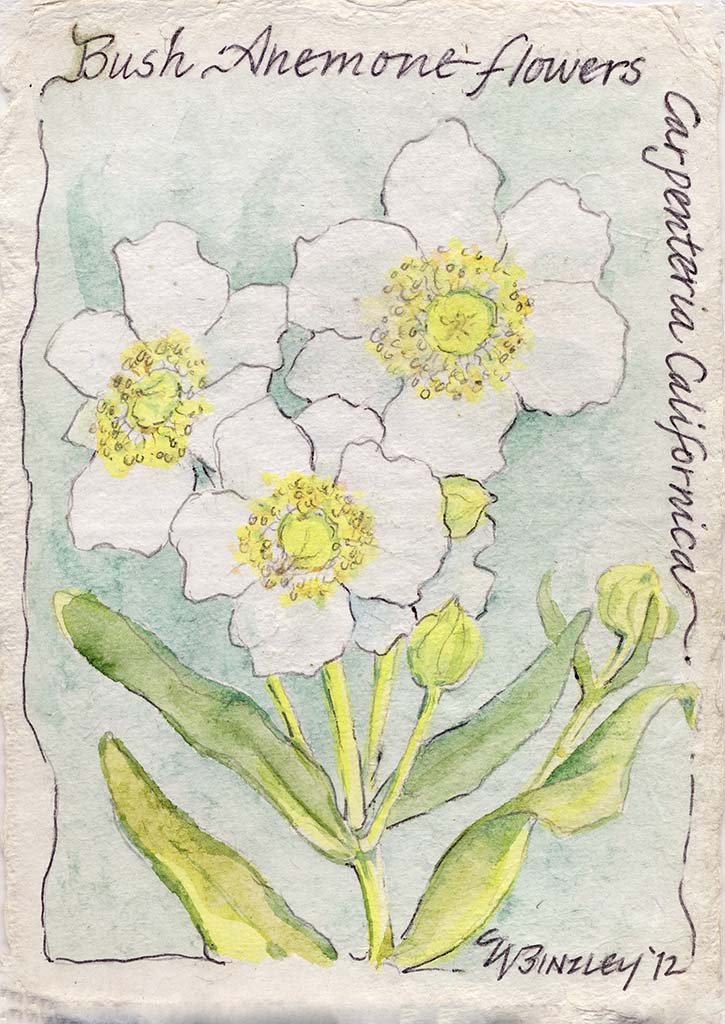 One of California’s best known native plants, the Bush Anemone, is being threatened due to urban growth and agricultural development. The evergreen shrub has glistening white 2-3 inch wide camellia-like blossoms with stunning yellow stamens that appear in late spring and bloom until the end of the summer. Even its dark green glossy leaves make it a showy plant. It grows to five feet wide and as high as 10 feet and several make the perfect hedge. The Bush Anemone can take full sun but prefers some shade and thrives best in decomposed granite or sandy soil with occasional deep watering. Once it has bloomed, it is easily shaped with pruning.