Highlighting the plants and animals found throughout our canyon, these blurbs are written and illustrated by local Garden Club members. Many thanks to theChevy Chase Estates Garden Club. Please feel free to email them. gardenclub@chevychaseestates.us. 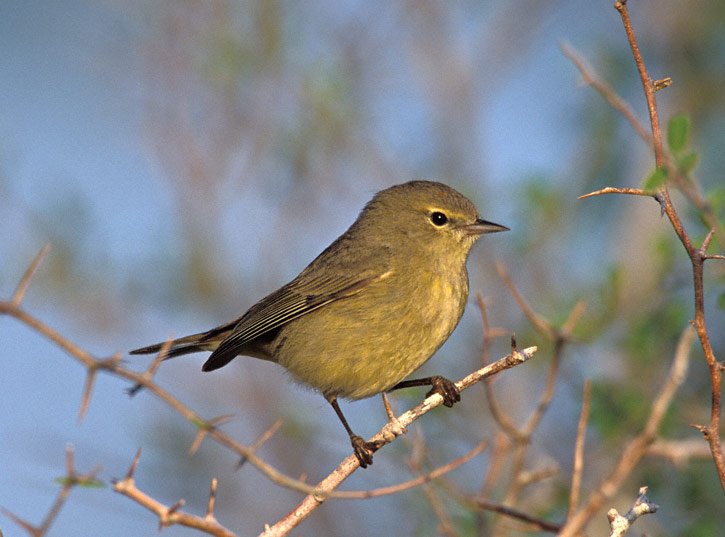 This petite, 5”, yellowish bird is fairly common here year ‘round, but you won’t very often see an Orange-crowned Warbler.  It nests and feeds in shrubby thickets and in overgrown backyards.  Several mornings in January, I saw one outside my kitchen window.  It was perching on our hummingbird feeder, stealing sips of sugar water through the enlarged opening.  It was confident, not at all intimidated by the noisy hummingbird hovering behind her wanting its turn with the juice.  I did not see an orange crown.  Only the adult males have them, and even then are rarely seen by the human eye during the summer months.  Birders can usually tell they are nearby from their descending trill.           By Carroll Waldron Ropp 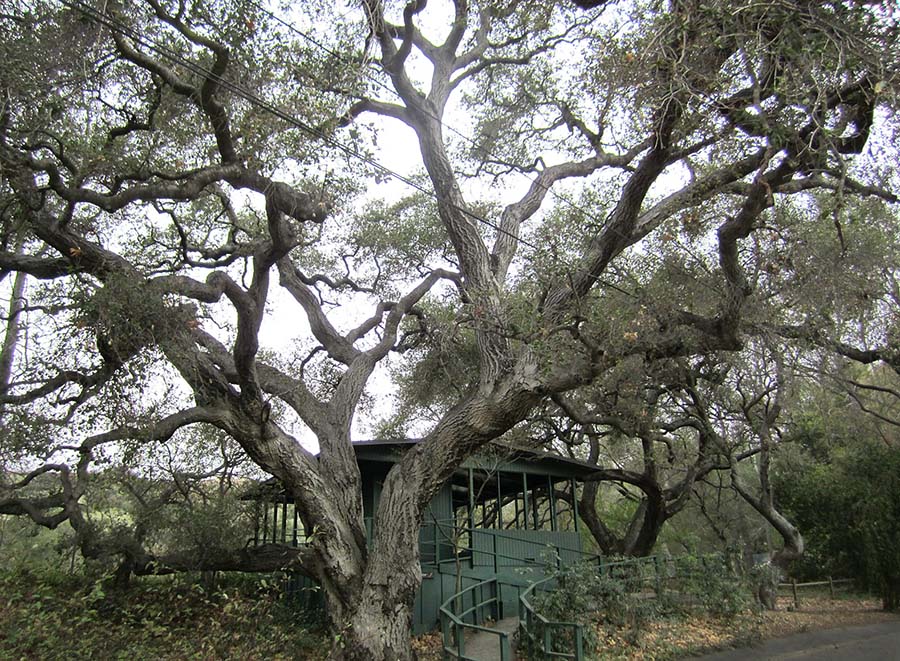 Stand under the majestic Coastal Live Oak tree that guards the entrance to the bird observation hut in Descanso Gardens and think back some 250 to 300 years to when this beautiful tree was a sapling.  It was growing when Washington crossed the Delaware River and when the Declaration of Independence was being signed.  By the time Lincoln was President, it probably was 125 to 150 years old.  And it kept on growing and during all those times survived fires, earthquakes, winds, floods, diseases, and especially man!  These native trees are evergreen and found in California from the north central coast down to northern Baja.  If you have Coastal Live Oaks growing on your property, learn the do’s and don’ts of keeping them healthy.  Never irrigate or fertilize your Coastal Live Oaks.  Allow the fallen leaves to remain under the trees.  They provide nutrients and moisture to the trees especially during the summer and help them from getting diseases.     Photo and Story by Mary Betlach