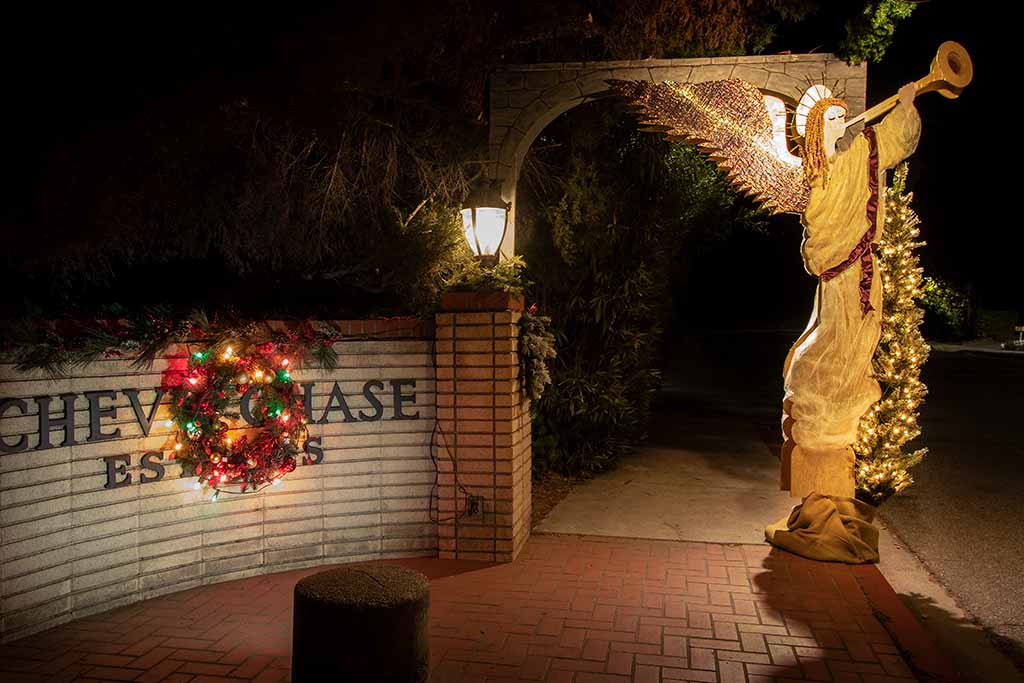 The Warren Binzley Family moved to the Chevy Chase area in the 1980.   For several years, they have been decorating the portals at Christmas time that welcome everyone who pass on their way up and down the Canyon. 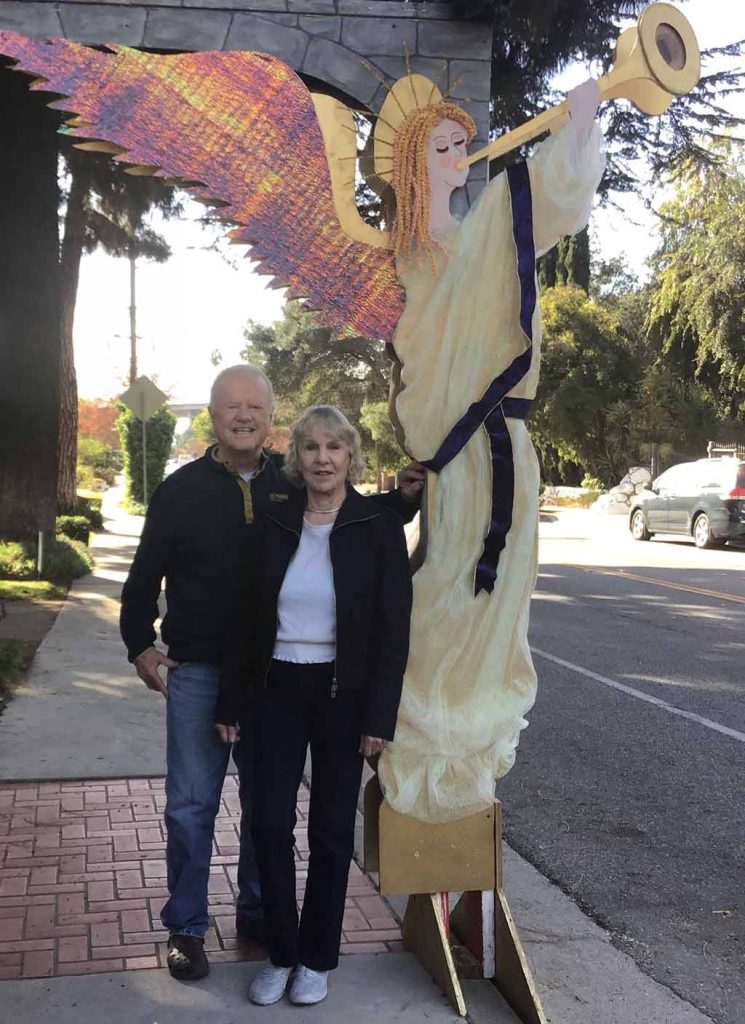 The darling Nutcracker Soldiers who brought so much happiness to all of us in the past few years are taking a rest.

In their place, four beautiful angels are heralding the Advent Season.  These angels are the work of Candyce Binzley, daughter-in-law who even though she and her husband Russ are no longer residents, returned to make this joyous contribution to our canyon.   Along side Candyce, who is an artist, was Joan Binzley adding her finesse. 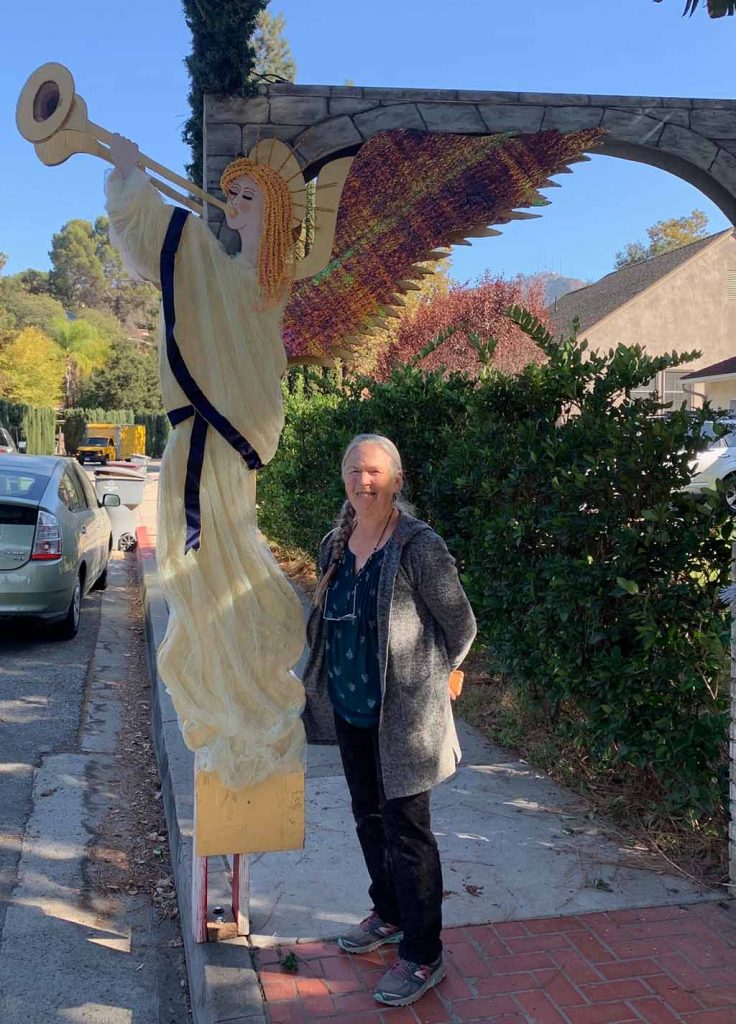 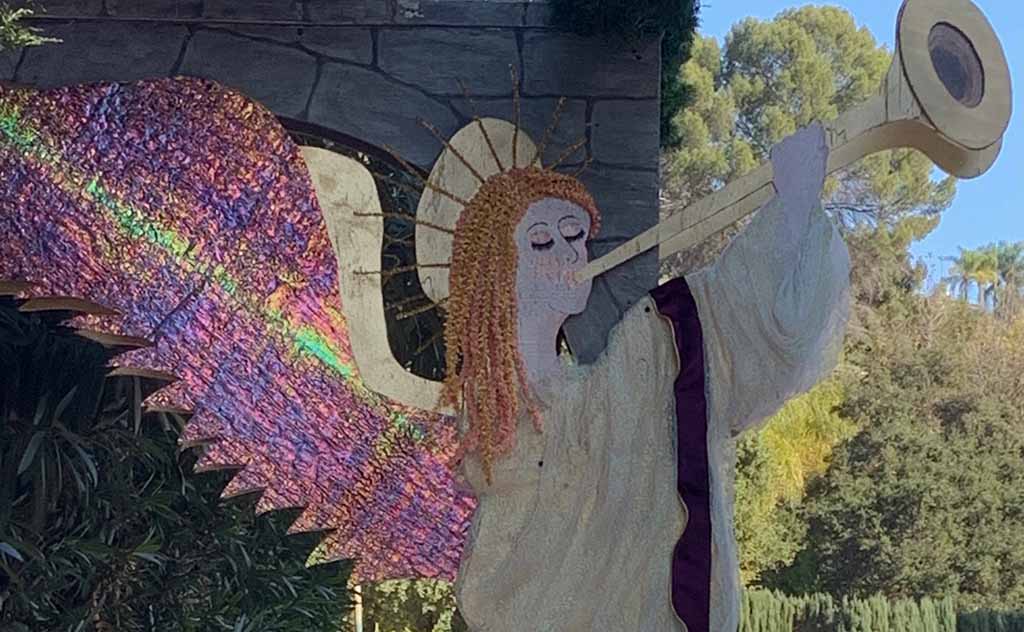 As in every undertaking of such a large project, the whole Binzley family once again contributed to making our Season bright and beautiful.  The angels will be standing guard until January 6.

Thank you Binzleys for the many years you have shared your time and talents.  You have brought joy and happiness to all during the Christmas Season.  The Chevy Chase Estates Garden Club who began decorating the portals in 1947 is so very appreciative the tradition is being continued.