The San Rafael Hills are an urban wildlife island completely surrounded by development. Among the large mammals, coyote (Canis latrans) and mule deer (Odocoileus hemionus) are the most common; mountain lions (Puma concolor) have occasionally been reported. The many rodent species support a population of western rattlesnakes (Crotalus viridis). Of the numerous bird species present, the most characteristic of the chapparal here, and throughout California, is the small, seldom seen but often heard wrentit (Chamaea fasciata).[10] With its call of three or four chirps followed by an accelerating trill, often likened to the sound of a dropped ping-pong ball, the wrentit provides the most characteristic sound of the chaparral. (Lifted from Wikipedia) 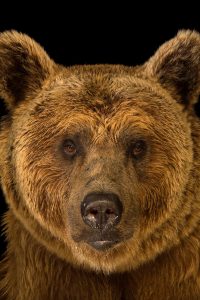 BEARS IN OUR CANYON

Click here for information from the Glendale Police Department regarding bears.

A Must Watch for Residents of Chevy Chase!

Everything all canyon dwellers need to know about living with coyotes is covered in this fantastic 54 minute video.  The first thing to understand about coyotes is that they are very smart, and learn fast.  The trick taught in this presentation is how to harness their smarts to make living with them safe and hassle free.  One other fact about coyotes, killing them never ever works.   Urban Wildlife Specialist Lynsey White Dasher from the Humane Society of the United States gave this presentation in the City of Huntington Beach on August 14, 2012.