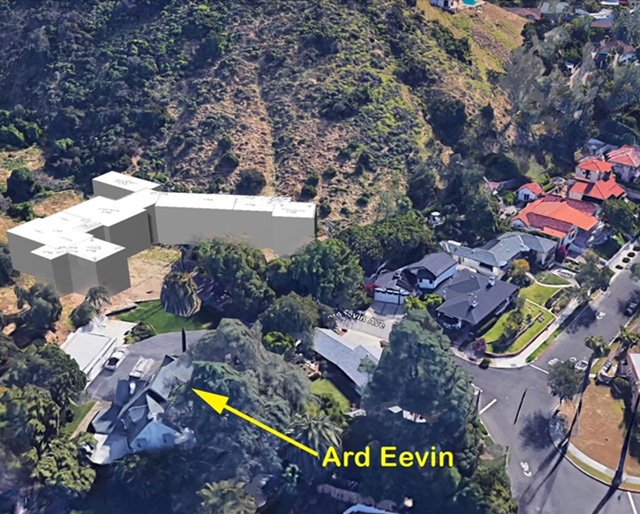 For those of you who follow City Council happenings, you might have seen an extremely disturbing occurrence recently (and for those of you who shun the often-sordid world of politics, it’s time pay attention before it’s too late):  Glendale laws which are meant to prevent irresponsible development and “mansionization” in the hillsides are being casually dismissed by the majority of City Council members as mere “suggestions,” despite the pleas of homeowners whose properties and lives are being negatively affected.

As a very short history, in 2011, the then-current City Council adopted the Hillside Design Guidelines (https://www.glendaleca.gov/home/showdocument?id=5155) in response to many years of intense lobbying by CCEA, the Glendale Homeowners Coordinator Council and many other homeowners groups which were opposed to the desecration of our beautiful hillside communities by mansions which were not only completely incompatible with existing neighborhoods (in terms of both size and design style), but also frequently required extensive grading which destroyed the natural beauty of the hillsides and created serious safety hazards for increased flooding and erosion.  With gigantic eyesores popping up throughout hillside communities – (an early example was the 3150 El Tovar Drive project in the early 1990s, when the City approved the construction of a house in the range of 2000 square feet, but somehow the developer managed to build an 11,619-square-foot mansion instead) — the public had finally had enough and the City Council finally took action.  To put an end to this irresponsible development blighting entire neighborhoods, the Glendale Municipal Code (Zoning Chapter 30.11.040, https://www.glendaleca.gov/Home/ShowDocument?id=4915) was revised to provide:

Unbelievably, the majority of the current City Council seems to believe they are somehow exempt from enforcing these Zoning provisions, belittling the Hillside Design Guidelines as mere “suggestions,” not law.  (The notable exception is Councilwoman Paula Devine, who has steadfastly tried to uphold the Hillside Design Guidelines, but whose arguments have been minimized and dismissed by fellow City Council members.  Councilman Ara Najarian was not present at this meeting.)

Recently, the City Council turned a deaf ear to an appeal from neighbors who objected to a proposed 5,400-square-foot house which would replace the existing 2,792-square-foot home at 1650 Cumberland Terrace.  The proposed house is about twice the size of neighboring houses and certainly is not architecturally consistent with the mid-century modern homes which comprise the majority of the neighborhood.  Nevertheless, with only four of the five City Council members present, three City Council members approved the project.  Councilwoman Paula Devine cast the lone dissenting vote, saying that she agreed with the neighbors that the mass and scale of the project was incompatible with the neighborhood.  Councilman Ara Najarian was not in attendance.

It was at that hearing that Mayor Zareh Sinanyan, who voted in favor of the proposal, stated that the design guidelines “are not laws, but suggestions, and therefore open to interpretation and discretion.”  (See http://www.latimes.com/socal/glendale-news-press/news/tn-gnp-me-cumberland-mansion-approval-20180831-story.htm for the whole story.)

With a few flippant comments, the City Council is destroying years of work which created laws which benefit Glendale residents, not a handful of developers out to make a buck by building the biggest house they can squeeze onto a parcel, regardless of the negative impact to the surrounding community.  The City Council needs to be reminded that it is their responsibility, both legally and morally, to enforce ALL the laws; they don’t get to dismiss ones they don’t like, or which might inconvenience their friends or supporters, as mere “suggestions.”

CALL TO ACTION:  On Tuesday, 9/18/2018, the City Council will hear the appeal of a Design Review Board (DRB) decision to approve a 9,100-square-foot house to be built on the hillside immediately adjacent to both the Ard Eevin home (which is listed on the National, California and Glendale Registers) and the locally designated Aard Eevin Highlands Historic District.  (A letter supporting the appeal is online at https://static1.squarespace.com/static/53a3b9c5e4b0c7212191f67f/t/5b996b9e03ce64cdc84b3bae/1536781215701/ardeevin-historicassessment.pdf.)  The Glendale Historical Society is supporting the appellant in this case and this will clearly be an important decision to watch – not only to protect the Highlands district but to protect your neighborhood as well.

If you are concerned about protecting your neighborhood by upholding the rule of law, we strongly urge you to review these recent cases and make your opinions known by emailing the City Council members:

On Tuesday, September 18, City Council will hear the appeal of a decision to approve a 9,100 square-foot house with two garages, to be built on the hillside immediately adjacent to both the Ard Eevin home (listed on the National, California, and Glendale Registers), and the locally designated Ard Eevin Highlands Historic District.

We ask you to attend this meeting in support of the appeal. We want to ensure that:

In April 2016 the Design Review Board approved the project despite two main problems: TGHS is not the appellant in this case; however, we support the appeal. The appellant had an excellent historic resources assessment prepared, which you can access here. The letter in support of the appeal from attorney Amy Minteer is here.

Please note you do not need to speak at Council if you prefer not to. In fact, we encourage members to fill out position cards, which you can use to indicate support of the appeal, but allow TGHS to make the formal case.

Stay tuned. Thank you for your support of historic preservation in Glendale. 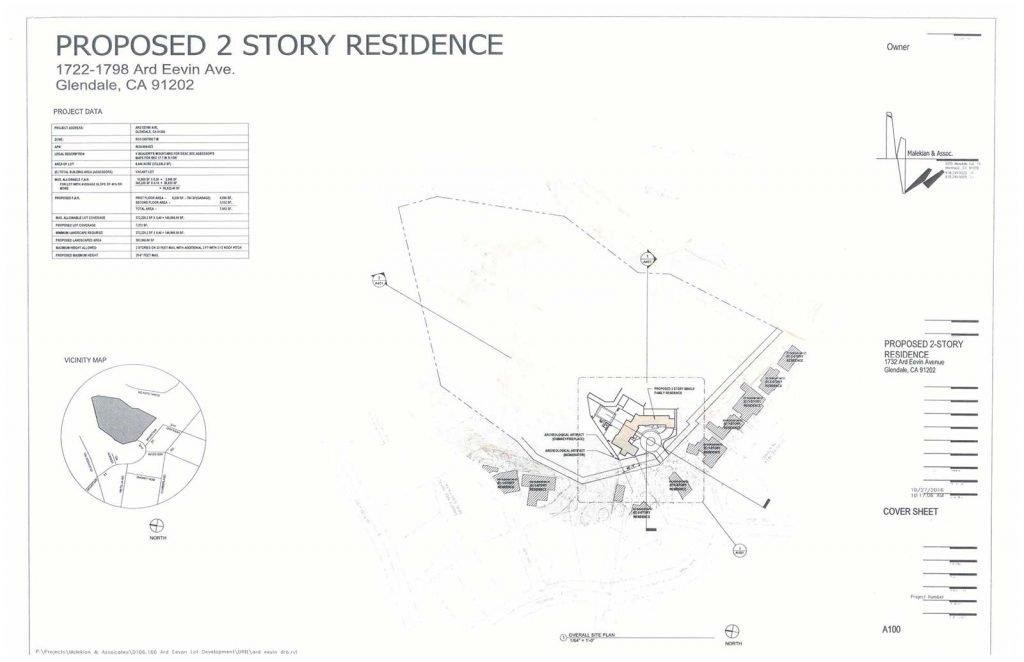 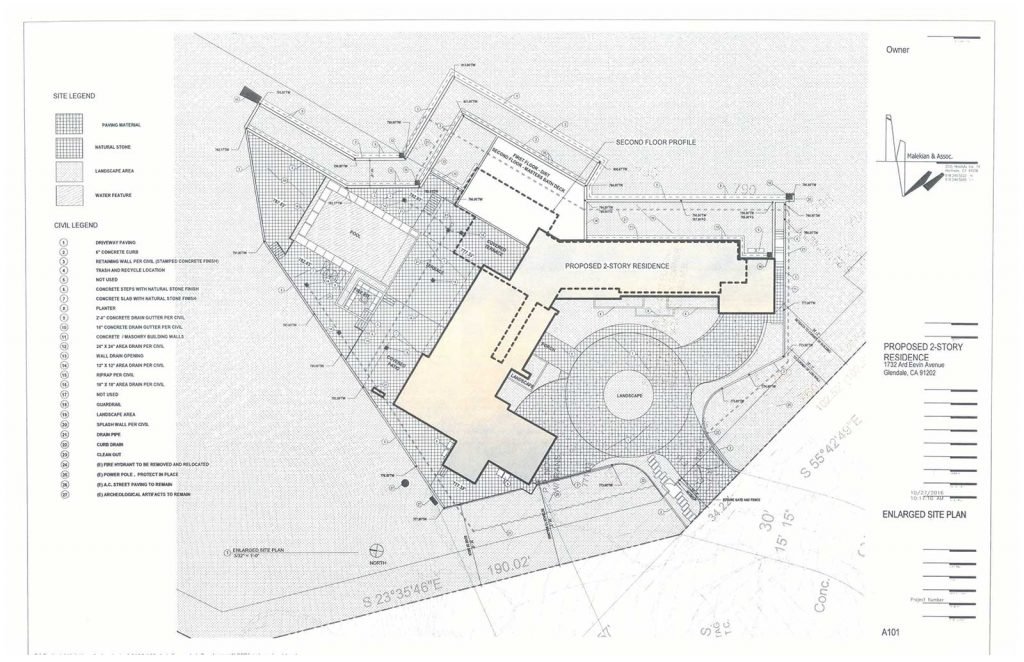